In a shocking development, it has emerged that a top financial officer of an Abu Dhabi hospital allegedly used his clout to fly back to India using a repatriation flight deployed by the Indian government to bring back stranded Indians. The official, identified as Suresh Krishnamurthy, was reportedly required to be in the UAE to answer questions related to the ongoing probe into the financial probe involving the NMC, where he worked as the CFO. The development has now left the UAE banking fraternity seething. Krishnamurthy’s escape with his family using a repatriation flight meant for stranded Indians has also raised questions on the role of the Indian authorities responsible for allocating seats to Indians in distress. 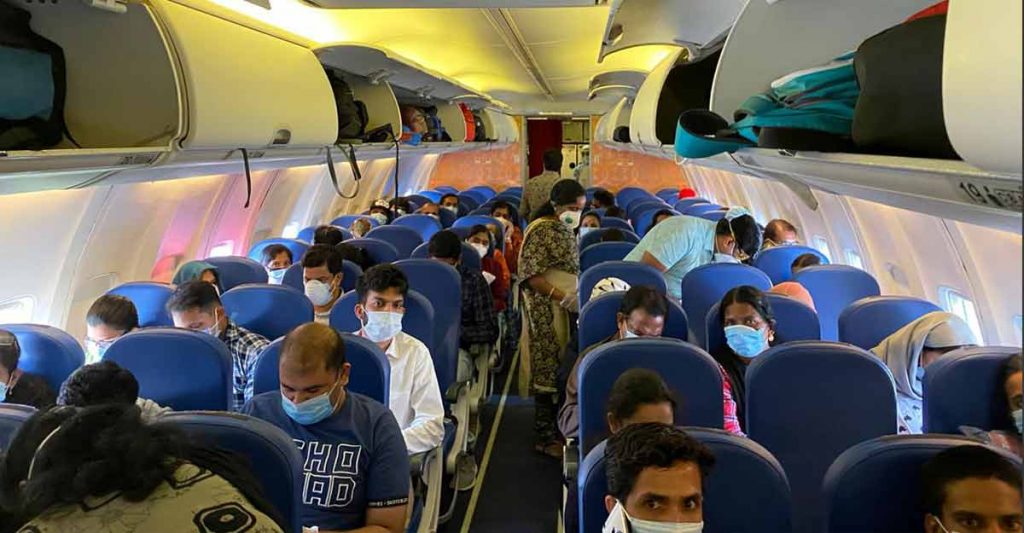 A report by Gulf News said that Krishnamurthy managed to find seats for himself and his entire family of six people in a special Abu Dhabi-Kochi flight that arrived in India on 7 May.

Quoting banking industry sources, the UAE-based paper reported that Krishnamurthy was required to be in the UAE to answer questions on how his hospital, NMC Health, managed to pile up $6.6 billion in debts, and of which $4 billion-plus never landed up in the books until recently.

According to NMC Health’s website, Krishnamurthy joined the hospital in December 2000 as an Internal Audit Manager and was promoted to senior roles in NMC’s finance team, including Deputy CFO in 2014 before being appointed as the CFO in 2015. The website paid rich tribute to his involvement in NMC Health’s IPO and fundraising initiatives.

NMC Health’s founder is Dr BR Shetty, believed to be a close friend of Prime Minister Narendra Modi. In 2015, he was believed to be the brainchild behind organising Marhaba NaMo event in the UAE. In 2018, he was honoured with a top Indian civilian honour, Padma Shri, by the Modi government. After the allegations of financial fraud against the NMC surfaced, Shetty left the UAE and arrived in India in February.

Speaking to Abu Dhabi-based The National, Shetty had said that he had to return to India to be with his brother, who was suffering from cancer and died earlier this year. “Once the coronavirus restrictions are over and flights are open, I’ll come,” he was quoted as saying.

The Indian embassy in UAE has not reacted to the report of Krishnamurthy managing to find seats for his entire family in a repatriation flight, which was meant for those needy Indians, who had lost their jobs and had no money to sustain their livelihood in the UAE.

The Abu Dabhi-Kochi flight arriving in India on 7 May was in the news after a passenger tested positive.

Billed as Vande Bharat Mission, the Indian government has pledged to deploy 64 flights and three naval ships to bring back stranded Indians from abroad. These Indians, nearly 15,000 of them, were stranded abroad due to the coronavirus pandemic as countries India banned international flights.

Meanwhile, 180 Indians remained stranded at the Doha airport after the authorities announced the cancellation of Doha-Thuruvananthapuram flight. Among those stranded are pregnant women, senior citizens and sick people.