New Zealand Prime Minister Jacinda Ardern has won a historic landslide victory in the country’s general election. Ardern, whose popularity transcended across the globe for her empathetic handling of the Christchurch terror attack and the COVID-19 pandemic, has won 49% of vote share and is expected to secure a rare majority in the parliament. 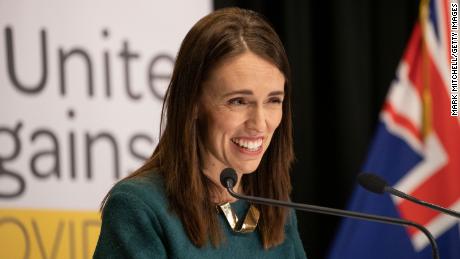 Her close rival, Judith Collins of the centre-right National Party, already conceded defeat in Saturday’s poll. Her party is expected to win just 27% of vote share in this year’s general elections.

Reacting to her splendid win, Ardern told her supporters, “New Zealand has shown the Labour Party its greatest support in almost 50 years. We will not take your support for granted. And I can promise you we will be a party that governs for every New Zealander.”

This year’s polls were scheduled to be held in September but were postponed due to the COVID-19 pandemic. Ardern had earned plaudits globally for her impressive handling of the coronavirus crisis. She had also become a hero last year when a Christian terrorist massacred close to 50 Muslim worshippers during a Friday prayer.

Ardern had reacted swiftly providing a healing touch to the grieving families of the terror attack and enacted a law banning semi-automatic weapons in New Zealand.

BBC’s Shaimaa Khalil said on Ardern’s victory, “It’s a big win for a party that has been carried through by the star power of its leader. Ms Ardern has led New Zealand through a terrorist attack, a natural disaster and a global pandemic – and has done so focusing on kindness and compassion.” 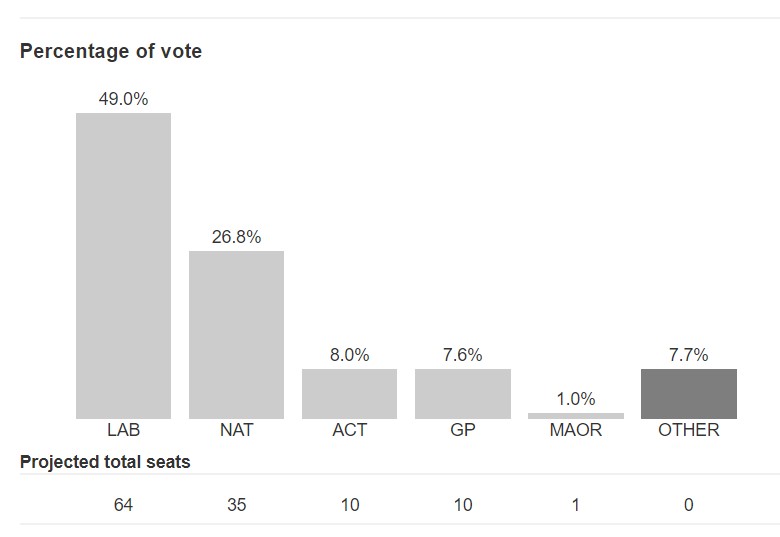 According to the Election Commission of New Zealand, Ardern’s Labour Party are on 49% of the vote, while the National Party are expected to win 27% with the ACT New Zealand and Green parties both on 8%.