New Zealand Prime Minister Jacinda Ardern has earned global fame for her exceptional handling of the Christchurch terror attacks that killed 50 Muslim worshippers. Even though, news outlets such as the BBC faced condemnation for refusing to call the mass shooting inside the mosque as terrorist attack, Ardern was the first to declare it as an act of terrorism. 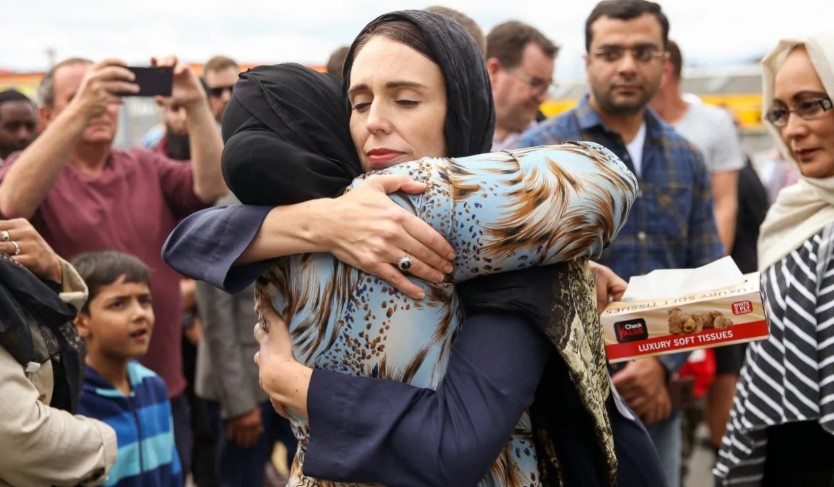 Her empathy for the victims drove her to meet the families of the victims while wearing a hijab. She made an address to the nation before holding three back-to-back press conferences. In another extraordinary statement, she said that while refugees and immigrants staying in New Zealand were part of ‘us,’ the killer of 50 Mulims was not.

Last week, Ardern also promised to change the country’s gun laws. On Monday, the affable New Zealand prime minister said that her government was in the process of looking ‘to the lessons that have been learned in other jurisdictions and the patterns that tend to follow, retaliatory messages, suggestions of copycat activity.’

A day later, Ardern rose to make a speech in parliament, but it was no ordinary speech. She started her speech with the Islamic greeting of Assalamo Alaikum (Peace be upon you). She said, “Mr Speaker, Assalamo Alaikum. Peace be upon you and peace be upon all of us.  Mr Speaker, 15th of March will forever be a day etched in our collective memories. The quiet Friday afternoon, a man stormed into a place of peaceful worship and took away the life of 50 people.”

She went on to add, “Their quiet Friday afternoon has become our darkest day. But for the families, it was more than this. It was the day that a simple act of prayer of practicing their Muslim faith and religion led to the loss of their loved ones’ lives. Those loved ones were brothers, daughters, fathers and children.”

The prime minister reiterated that those killed by Australian terrorist Brendon Terrant were ‘the New Zealanders.’ “They are us. And because they are us, we as the nation mourn them. We feel a huge duty of care to them.”

Ardern refused to name the terrorist in disgust saying that she will will name use the Australian terrorist’s name. “He sought many things from his act of terror but one was notoriety, that is why you will never hear me mention his name. He is a terrorist. He is a criminal. He is an extremist. But he will, when I speak, be nameless,” she said.

“And to others, I implore you: speak the names of those who were lost rather than the name of the man who took them. He may have sought notoriety but we, in New Zealand, will give nothing – not even his name.”

New Zealand prime minister Jacinda Ardern opening her address to Parliament today: “As-salamu alaykum, peace be upon you, and peace be upon all of us.” pic.twitter.com/tFnXxXoL7e

Among those killed during the Friday prayers were at least seven Indians. Terrant had opened fire while shooting Muslim worshippers in their head and chest. He was later arrested by the New Zealand Police.