A powerful earthquake has struck off Turkey’s Aegean coast and north of the Greek island of Samos, causing largescale destructions. According to local media reports, Turkey appears to have borne the maximum brunt of nature’s fury. 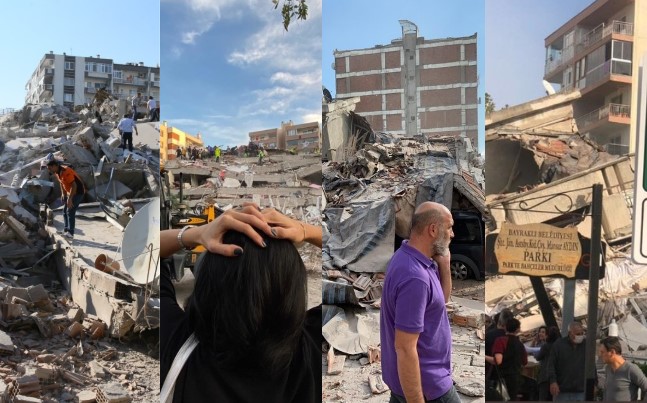 According to the US Geological Survey (USGS), the 7.0 magnitude tremor was centred off Turkey’s Izmir province. A report by the BBC said that Turkey had put the magnitude lower, at 6.6, saying 20 people had died and 786 were injured in the city of Izmir, Turkey’s third-largest city.

Scary footage from İzmir province immediately after the quake pic.twitter.com/V8S6baZpwz

In Greece, two teenagers are reported to have been killed after a wall collapsed in Samos. Eight people were injured across the island. “We felt it very strongly,” local journalist Manos Stefanakis told the BBC, adding that smaller aftershocks were continuing.

Greek Prime Minister Kyriakos Mitsotakis tweeted, “I just called President @RTErdogan to offer my condolences for the tragic loss of life from the earthquake that struck both our countries. Whatever our differences, these are times when our people need to stand together.”

Turkish President Recep Tayyip Erdogan replied, “Thank you, Mr. Prime Minister. I offer my condolences to all of Greece on behalf of myself and the Turkish people. Turkey, too, is always ready to help Greece heal its wounds. That two neighbors show solidarity in difficult times is more valuable than many things in life.”

Many killed as violence spread in Bangladesh as anti-Modi protests spiral out of control; angry mob attack trains, temples