A terrorist in the US has left at least 20 people dead at Walmart, the famous American supermarket with some victims believed to be of Mexican origin. Authorities have arrested the 21-year-old terrorist, identified as Patrick Crusius. As expected, US President Donald Trump has refused to term the mass-murder an act of terrorism. 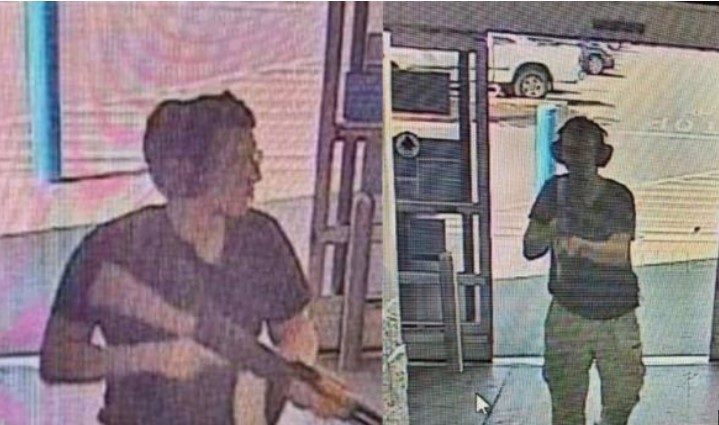 Trump wrote on Twitter, “Today’s shooting in El Paso, Texas was not only tragic, it was an act of cowardice. I know that I stand with everyone in this Country to condemn today’s hateful act. There are no reasons or excuses that will ever justify killing innocent people. Melania and I send our heartfelt thoughts and prayers to the great people of Texas.”

The massacre happened at a Walmart store near the Cielo Vista Mall, a few miles from the US-Mexican border.

A tweet by Walmart read, “We’re in shock over the tragic events at Cielo Vista Mall in El Paso, where store 2201 & club 6502 are located. We’re praying for the victims, the community & our associates, as well as the first responders. We’re working closely with law enforcement & will update as appropriate.”

We’re in shock over the tragic events at Cielo Vista Mall in El Paso, where store 2201 & club 6502 are located. We’re praying for the victims, the community & our associates, as well as the first responders. We’re working closely with law enforcement & will update as appropriate.

According to the BBC, the victims of the attack have not yet been named, but news agency Reuters quoted Mexico’s President Manuel Lopez Obrador as saying that three Mexicans were among those killed.

Meanwhile, Democratic presidential hopeful Beto O’Rourke has accused Trump on Saturday of inciting hatred. According to news agency AFP, O’Rourke told reporters in El Paso where he was visiting victims of the shooting that President Trump had proven himself a racist with his recent attacks on four ethnic minority congresswomen and his past branding of Mexicans as rapists.

“He is a racist and he stokes racism in this country. And it does not just offend our sensibilities, it fundamentally changes the character of this country and it leads to violence,” O’Rourke, who represented El Paso in the US Congress until recently, said.