West Indian captain Jason Holder on Thursday scalped 6-42 as his side bowled England out for 204 on the second day of the first Test of the series. At the end of the second day’s play, West Indies were 57-1. The day also saw former West Indian great, Michael Holding, breaking down on LIVE TV while sharing his personal experiences on racism. 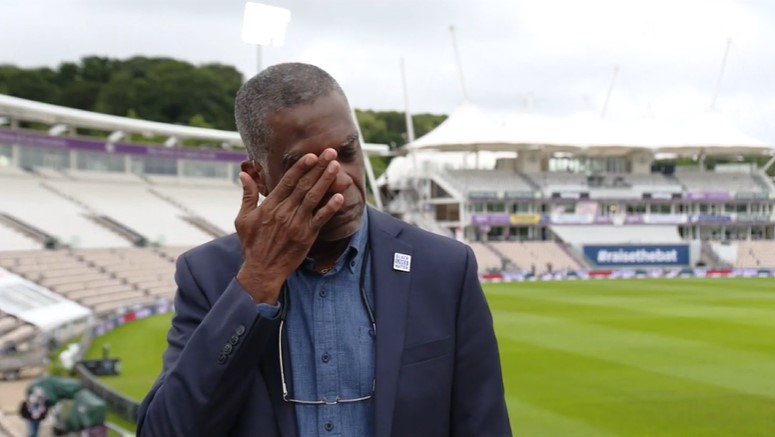 Holder was unplayable by English batsmen as he continued to wreak havoc with the ball. At one point the West Indian skipper had claimed three wickets for just one run in 14 deliveries. The remaining four wickets for West Indies were taken by Shannon Gabriel, who finished the innings with 4-62.

Captain Ben Stokes was the highest scorer with 43 but he survived three chances before getting out in the 54th over off Holder’s bowling. Opener Rory Burns made 30, while Jos Buttler and Dom Bess chipped in with 35 and 31 respectively.

West Indies made a confident start before John Campbell failed to judge a delivery from James Anderson and was declared LBW for 28.

“To be honest, that emotional part came when I started thinking of my parents. And it’s coming again now.”

The day also saw former West Indian great Michael Holding break down on LIVE TV while speaking about racism. This came a day after Holding spoke to Sky Sports about how history had been manipulated to portray Blacks in poor light. When asked about his speech in the presence of former England captain Nasser Hussain, Holding told Sky News, “To be honest, that emotional part came when I started thinking of my parents. And it’s coming again now.”

Unable to control his emotions, Holding paused briefly before he continued while wiping his tears, “I know what my parents went through. My mother’s family stopped talking to her because her husband was too dark. I know what they went through, and that came back to me immediately.”

Reacting to Holding’s speech on racism, West Indies skipper Holder said, “I saw the interview with Mikey and I felt in my veins. It was powerful, he hit the nail on the head and was spot on. Credit must be given to him and I want to thank him personally for that.”