Pakistan were bowled out for 240 in their first innings in the first Test against Australia on Thursday. But the match was mired with huge controversy after the third umpire cleared Pat Cummins of a no-ball even though TV replays showed him clearly overstepping the line while landing to pitch the ball to Pakistan’s Mohammad Rizwan. 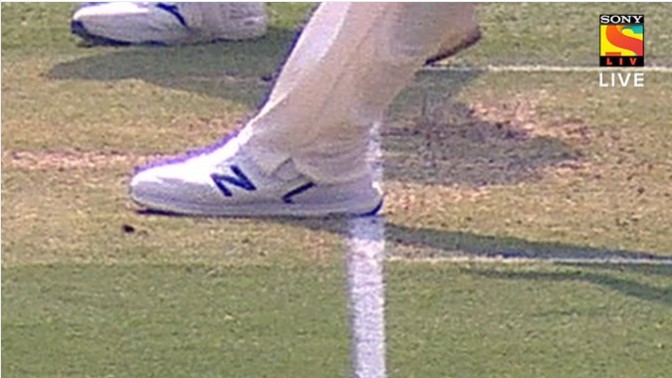 Pakistan lost their top five batsmen when the team’s score was just 95. Rizwan was beginning to bat confidently in a bid to revive the Pakistani innings when he was declared out caught by Tim Paine off Pat Cummins’ bowling. However, TV replays showed that Cummins had overstepped the bowling crease. Even the Australian commentators agreed that this was a clear no-ball and Rizwan ought to have been recalled to resume his batting.

Rizwan was batting at 37 off just 34 balls, but to everyone’s surprise, the third umpire decided to uphold the original decision by the field umpire declaring Rizwan out reducing Pakistan to 143-6.

The remaining batsmen later added 99 runs to take the team’s total to 240. Asad Shafiq was the highest scorer for his side with 76 runs. Azhar Ali and Shan Masood scored 39 and 27 respectively. 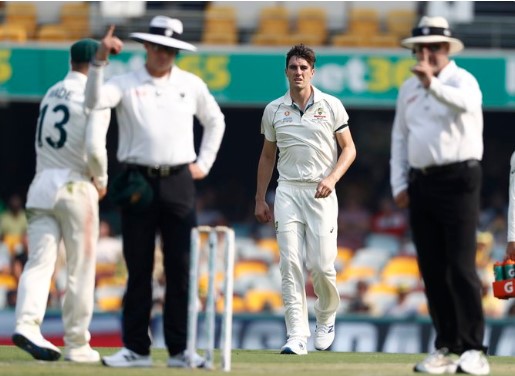 Australia have not started their innings yet.