Indian skipper Virat Kohli is likely to be in huge trouble if on-field umpires officiating India’s match against Bangladesh decide to file an adverse report against him for his angry reactions during Tuesday’s match. 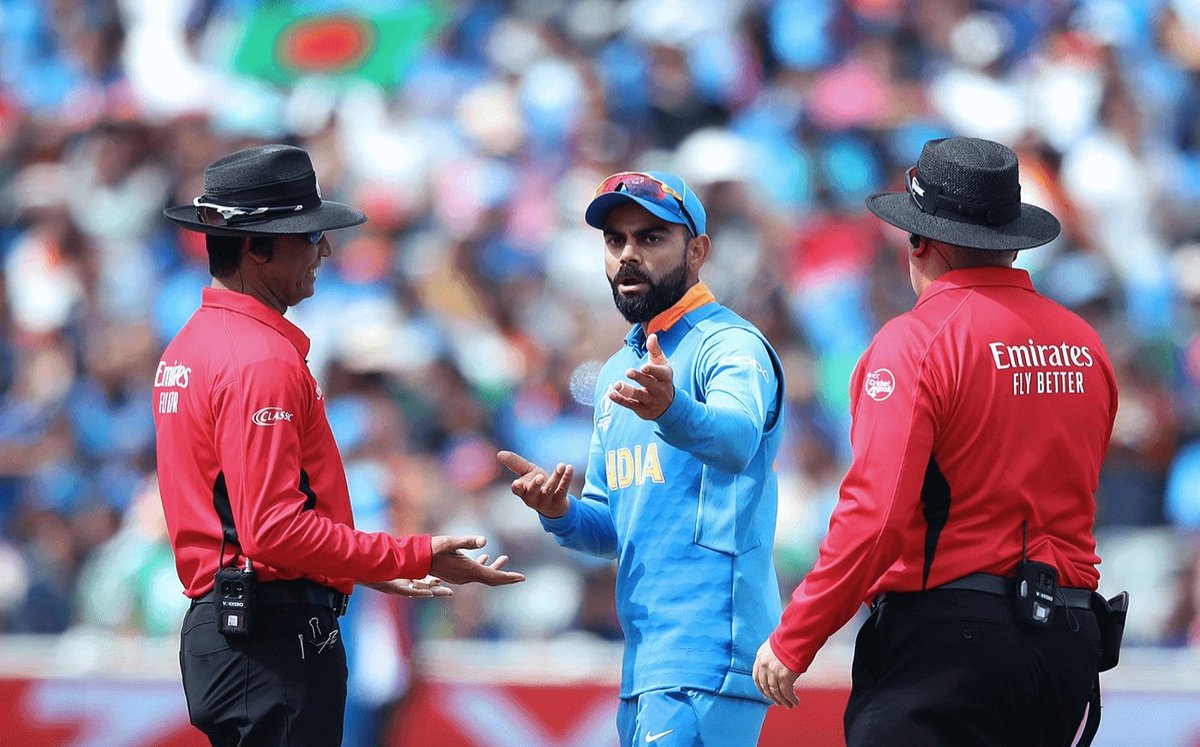 Kohli had lost his cool when the third umpire did not uphold India’s review challenging the not out decision of the on-field umpire in the 11th over of the match. One of Mohammed Shami’s deliveries had hit Bangladesh’s Soumya Sarkar on the pads leading to a huge appeal by the bowler for an LBW. However, the on-field umpire Marais Erasmus decided that Sarkar was not out.

This prompted Kohli to go for the review. Ali Dar, who was officiating as the third umpire concluded that the ball may have edged past Sarkar’s bat before hitting his pads. Dar decided to not go for the ball-tracking replay. This meant that the on-field umpire’s decision was upheld and India lost the only review they had to their disposal.

The ball-tracking replay later showed that Shami’s delivery would have clipped the stumps. Sarkar would still have been declared not out but India would not have lost the review.

This left Kohli frustrated as he began to incessantly argue with both the umpires.

Few deliveries later, Sarkar was out handing a straight catch to Kohli in the inner circle. Kohli began to celebrate but also raised his finger looking at one of the umpires. This came across as if he was mocking the match officials for India’s failed review.

On 23 June, Kohli was fined 25% of his match fee and given one demerit point for breaching level one of the ICC code of conduct, for ‘excessive appealing’ during India’s match against Afghanistan. He now has two demerit points as one was added during a Test match against South Africa in January 2018.

If the on-field umpires decide that Kohli’s offence during the India-Bangladesh match should invite two demerit points, then he may miss the next two matches of the World Cup.  If this indeed happens, India will be without its captain in the next two crucial World Cup matches including the semi-final contest.