An unbeaten century partnership between Jos Buttler and Ollie Pope placed England in a commanding position at the end of the first day’s play in the third Test against West Indies. At stumps, Pope was not out at 91, while Buttler remained unbeaten at 56. This was a tremendous fightback by Buttler and Pope after England were reduced to 122-4. 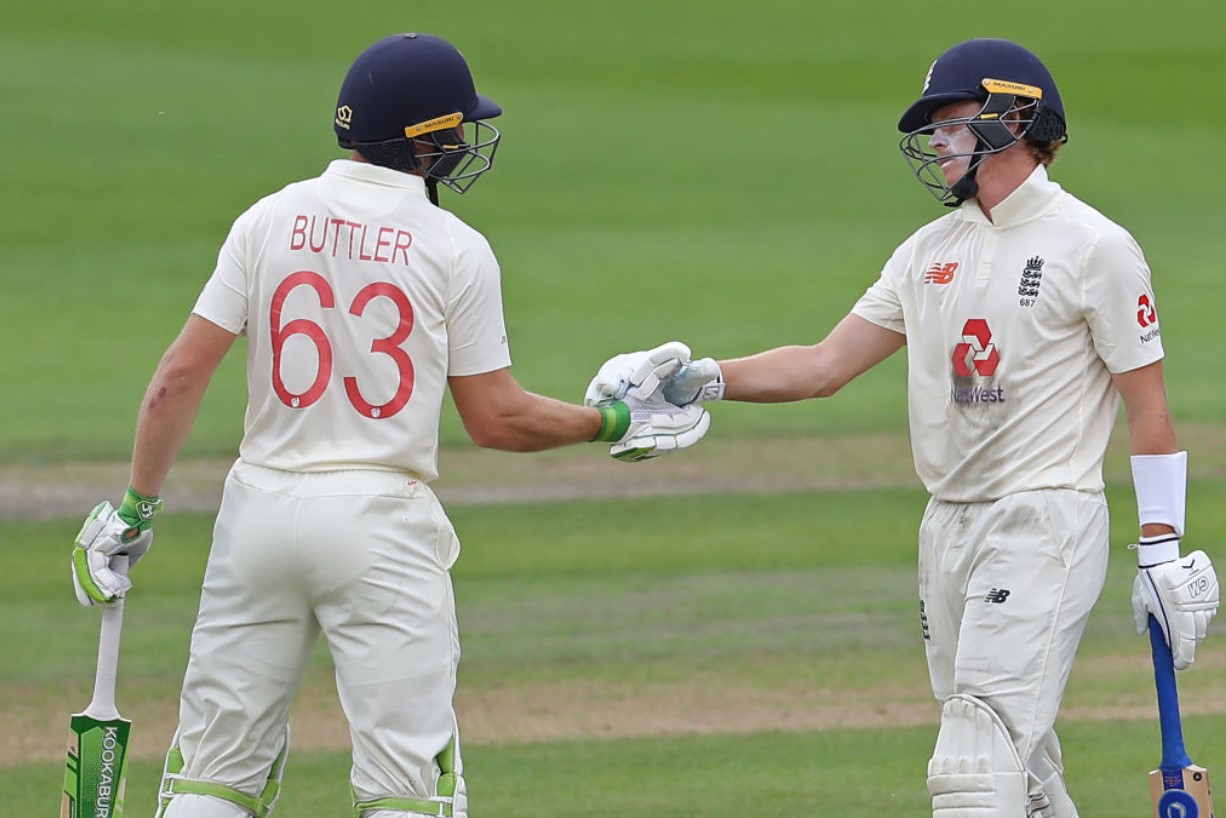 Aside from Rory Burns, who made 57. no other English top order was able to contribute to the scorecard. Even Ben Stokes, the hero of the second Test match, could only make 30 before being clean bowled by Kemar Roach. With 56-2, Roach was the most successful West Indian bowler. One wicket went to Roston Chase, who was also instrumental in getting English skipper Joe Root run out for 17.

Former skipper England captain Michael Vaughan told BBC, “That session will have cost the West Indies the Wisden trophy unless bad light and weather comes into the situation. The England side were very, very good in that session. Particularly Ollie Pope, I was very impressed with the way he read the situation and was busy. He played some wonderful strokes.”

Commenting on Jos Buttler’s batting display, Vaughan said that he ‘played a stable innings,’ adding that ‘it looked like he’d found his balance.’