Chelsea on Sunday crushed Manchester United’s dreams to reach the 21st FA Cup final as the London giants annihilated the team from Manchester with a 3-1 humiliating defeat. While Chelsea were brilliant against Manchester United, the latter’s decision to replace its usual FA Cup keeper Sergio Romero with David de Gea turned out to be hugely expensive. De Gea’s horrendous errors on either side of half time saw Chelsea scoring two goals. 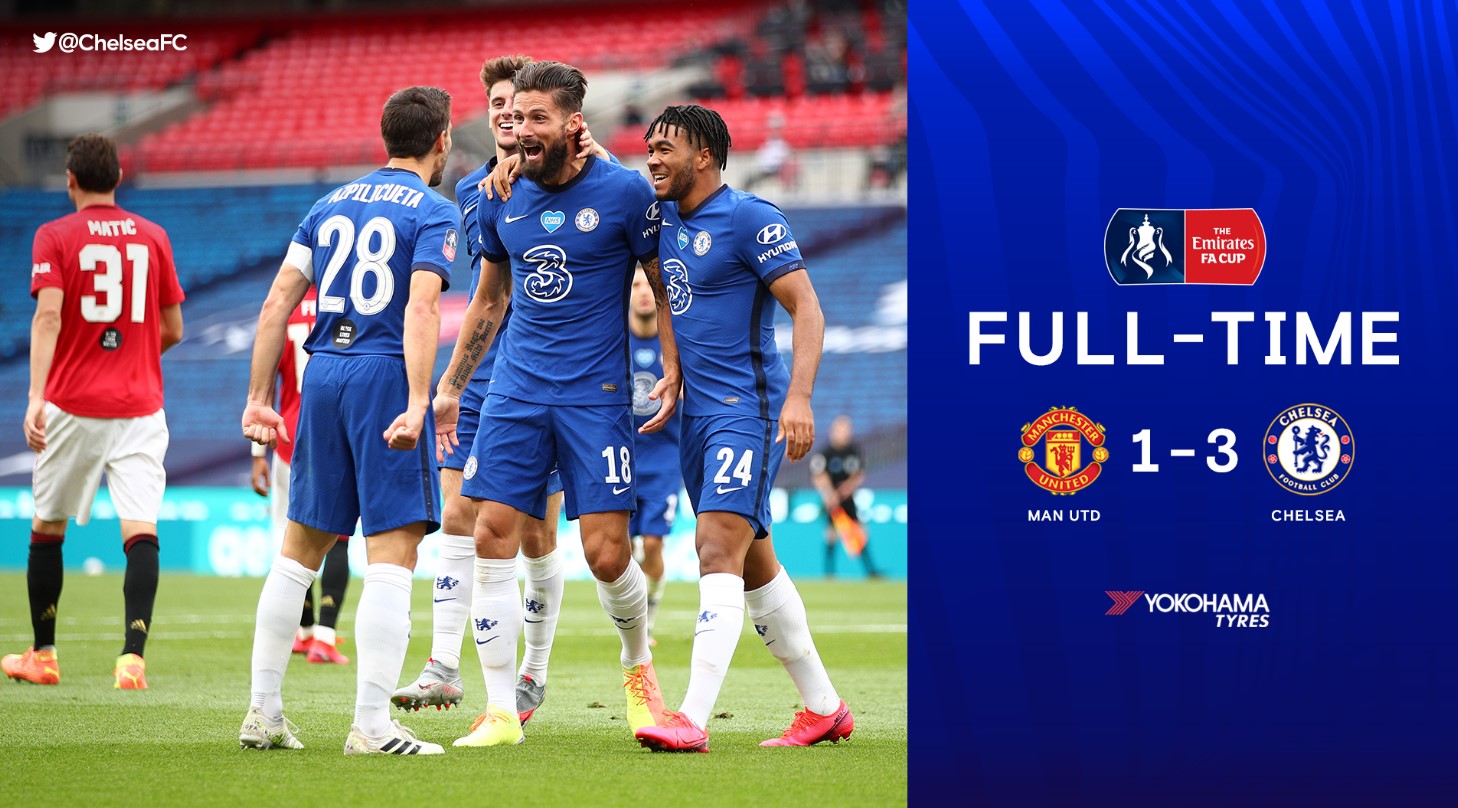 The Spanish international’s lack of attempts to stop Olivier Giroud’s flick in the first-half stoppage time, which lasted nearly 15 minutes, saw Chelsea take the important lead of 1-0 before going into the second half. The lead became 2-0 soon after the match resumed after the break as De Gea once again faltered with Chelsea’s Mason Mount’s weak 20-yard shot into the net. The Blues extended the lead to 3-0 in the 74th minute of the match as Manchester United skipper Harry Maguire mistakenly diverted a low cross from Marcos Alonso into his own net. This summed up the horrible day for Manchester United.

The only solace for Manchester United came in the 85th minute when Bruno Fernandes scored from the penalty spot to reduce Chelsea’s lead to 3-1. But this was late for Manchester to recover as Chelsea looked determined to maintain their lead.

Reacting to the win, Chelsea manager Frank Lampard said that Giroud had set a great example to the younger players and ‘today the other players did well playing around him.’ Lampard said that there was no plan to shoot from the distance against De Gea as he had great respect for the Manchester United keeper, but he did speak to Mount at the half-time about shooting more and striking through the ball.

Chelsea will now face Arsenal in the final for the FA Cup title on 1 August. This is Chelsea’s 14th FA Cup final. Only Arsenal with 21 and Manchester United with 20 appearances have reached the final on more occasions than Chelsea.

This was also the sixth time that the London giants have been responsible for Manchester United’s exit from the FA Cup. This includes three of the last four seasons. Only Arsenal, Chelsea’s opponent in the final this year, have knocked the team from Manchester out of the competition on more occasions– seven times.

Sunday’s defeat also saw the end of Manchester United’s 19-game unbeaten run in all competitions. The Red Devils from Manchester had not lost a single match since losing to Burnley in the Premier League in January this year.

According to the BBC, Mason Mount became the first Englishman to score for Chelsea at Wembley since John Terry in the 2015 League Cup final versus Tottenham.