Pakistan suffered a spectacular batting collapse to lose the third and the final Test against Australia in Lahore as the visitors won the series 1-0. 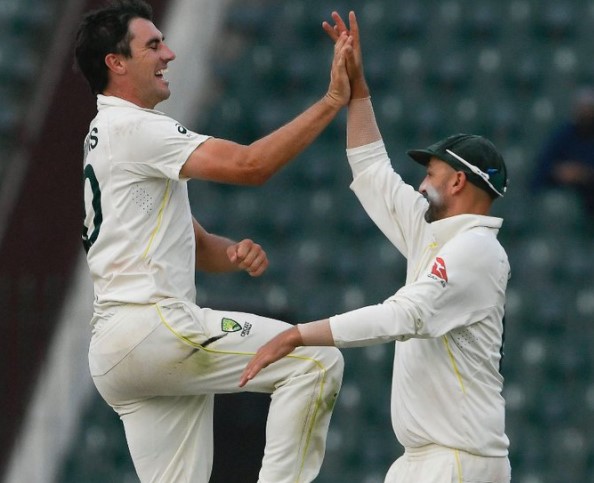 Chasing a target of 351 runs, Pakistan looked comfortable and the match appeared to be heading to a draw. But the hosts suffered a spectacular batting collapse and lost five crucial wickets for just 22 runs in the third and final session on the fifth day of the match.

Pakistan lost the match by 115 runs.

Imam ul-Haq made 70 while skipper Babar Azam made 55. Pakistan were 213-5 when Azam was dismissed by Nathan Lyon. His departure led to a batting collapse as Pakistan could only add 22 runs before being bowled out.