Nicholas Pooran played one of the best innings of his life but it wasn’t enough to pull off what would have been the record World Cup chase for his side. He fell for 118 off 103 in the 48th over leaving his side at 311-8 after 48 overs. 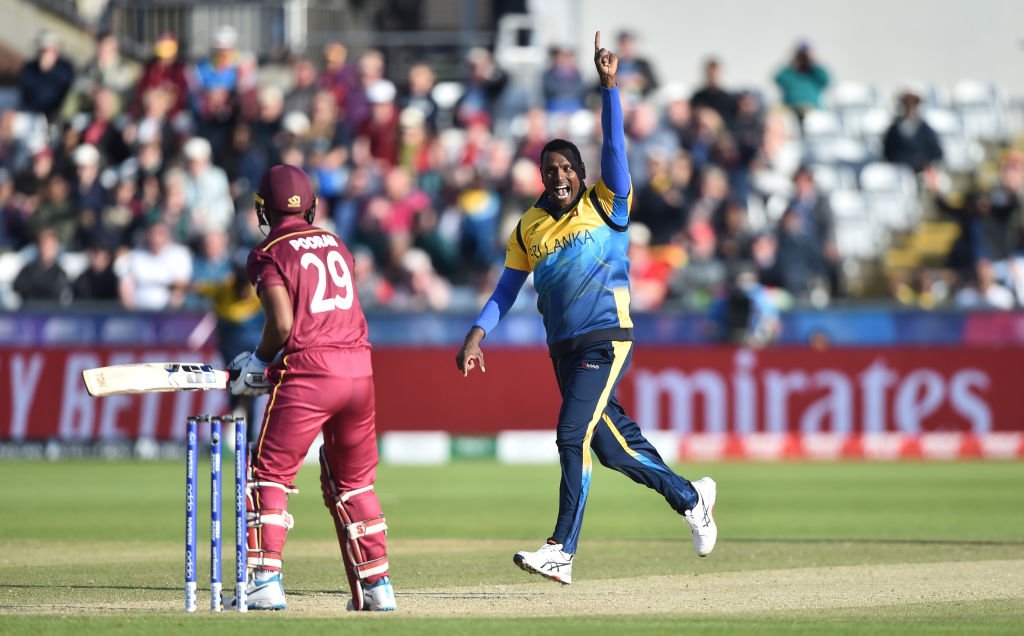 His departure came at a time when Sri Lanka had run out of their bowling options, forcing to deploy Angelo Mathews to bowl the 48th over. Mathews had not bowled a single ball in international matches since December last year. But, he got Pooran caught behind in the very first delivery bringing an end to a beautiful innings of the West Indian star batsman.

In the end, Sri Lanka won the match by 23 runs.

Batting first, Sri Lanka had put up a total of 338 for 6 in 50 overs with Avishka Fernando scoring his first One Day International. Lahiru Thirimanne scored 45, while Kusal Mendis and D Karunaratne chipping in with 39 and 32 runs respectively.

West Indies’ chase started on a disastrous note with the side being reduced to 84 for 4 in 18 overs. But Pooran began to build the innings, first with Jason Holder and then Fabian Allen. Both Pooran and Allen appeared all set to win the match for West Indies but a silly attempt to steal a single by Pooran led to Allen’s departure. This considerably slowed down the West Indian run-rate.

With today’s win, Sri Lanka have moved to the sixth position in the points table but neither they nor West Indies have any chances to qualify for the top four.

Another highlight of today’s match was singer Rihanna’s presence in the stadium, where she was seen cheering the West Indian team all through the match.

Sri Lanka’s centurion Avishka Fernando won the man of the match award for his fine century. Talking about his effort, Fernando said, “When I went in I was very happy that I did what was required. We batted and bowled well and I’m very happy to get a hundred in a win.

“I am very happy to get this opportunity. All I focus on is taking this forward and developing my game.”