Ajinkya Rahane’s impressive knock of 104 not out at the MCG in the second Test has prompted fans to demand a change of guard by making him the permanent captain of the Indian cricket team in all formats of the game. This was after Rahane led his side to 277-5 in the first innings at the end of the second day’s play, giving India a lead of 82 runs with five wickets in hand. 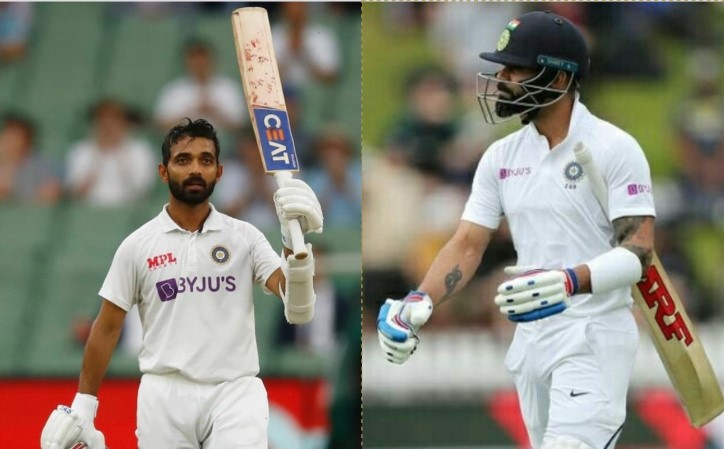 At the end of the second day’s play, Rahane was unbeaten at 104, while Ravindra Jadeja was not out at 40. Reacting to Rahane’s knock, former India batsman Sunil Gavaskar said that this has now given India control in the second Test.

Rahane, who was made stand-in captain in the absence of Virat Kohli, faced 200 balls and hit 12 boundaries on his way to play a fine knock of 104 runs. Kohli is back in India to be on his wife’s side for the expected birth of the couple’s first child.

However, fans have now begun demanding the elevation of Rahane as a permanent captain of the Indian team in all formats. Others took a potshot at Kohli reminding him about the danger to his captaincy now.

Time has come to make #AjinkyaRahane @ajinkyarahane88 as a permanent captain of Indian Cricket Team in all formats…change of guard is the need of hour. @BCCI

I think kohli’s very much domination on his own team-mates creates a lot of pressure and sense of inferiority among them is the cause of not performing well against big teams and at big moments.
Now we changed the captain and see the moral of cricketers now.
#AjinkyaRahane pic.twitter.com/v7jmcRmORQ

#AUSvINDtest
CAPTAIN #AjinkyaRahane hits a century and leading from front….

#AjinkyaRahane to virat kohli after he performed well as captain. pic.twitter.com/c0wmOp23vs

Rahane had earned plaudits for his bold captaincy when he decided to deploy Ravichandran Ashwin early in the innings, resulting in the wickets of Mathew Wade and Steve Smith. Australia were bowled out for 195 in their first innings. He’s now on course to give India a huge lead in their first innings. This could significantly influence the outcome of the match given that there are three days remaining in the match and the pitch has begun to help spinners.