South Africa fought back brilliantly on the day three of the first Test against India with Dean Elgar and Quinton de Kock scoring impressive centuries. Senuran Muthusamy and Keshav Maharaj were unbeaten at 12 and 3 respectively as the visitors ended the day with 385/8. They still trailed India by 115 runs. For India, Ravichandran Ashwin was the pick of the bowlers as he claimed his 27th five-wicket haul. Ravindra Jadeja too reached a milestone of his career by claiming his 200th Test wicket. He became the second-fastest bowler to reach the 200th Test wicket. Ashwin is the fastest to achieve the feat. 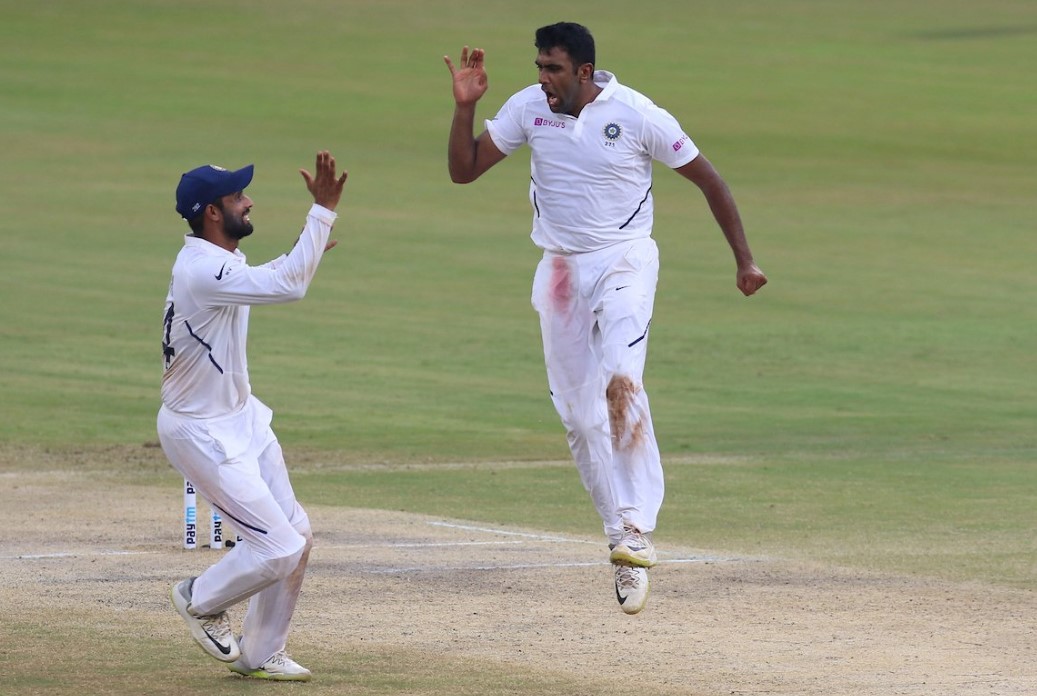 For South Africa, Elgar was the top scorer with 160 runs while de Kock made 111. Elgar’s knock of 160 included 18 fours and four sixes, while de Kock hit 11 boundaries and two sixes in the course of his century. The South African team’s fight was impressive given that they had ended the second day’s play for 39/3. South African skipper Faf du Plessis made 55.

Ravichandran Ashwin finished the day for 128-5, while Jadeja’s bowling figure stood at 116-2. Ishant Sharma took the remaining wicket of Temba Bavuma. Ashwin was away from the national team for 10 months as he failed to secure a berth in the playing Test XI. He said that he had spent some time playing in the English county to ensure that he did not lose his sharpness as a bowler.

In his post-match press conference, Ashwin was asked why he had stopped watching the game on TV. He replied, “For a start, I have two kids, who don’t sleep well at night.” His replied caused a round of laughter in the room.

Ashwin continued, “Jokes apart, I felt like every time I watched the game on TV, I felt like I wanted to play the game. It’s very natural. Everybody goes through it. That’s not be all and end all. I generally try to do a few other things in my life as well. I got drawn to books, a bit of archeology and stuff like that.”

India had won the toss and decided to bat first. Rohit Sharma had made 176 runs while Mayank Agarwal had hit his maiden double-hundred in the rain-interrupted Indian innings at the ACA-VDCA Stadium in Visakhapatnam.