Australian skipper Tim Paine has held an impromptu press conference to issue a public apology to India’s Ravichandran Ashwin for his ‘dickhead’ jibe during the last session of the Sydney Test match on Monday. 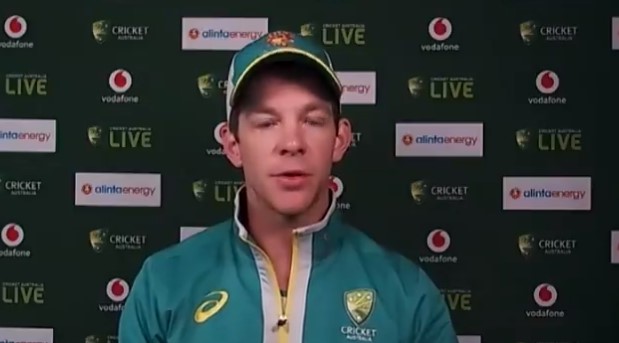 Paine told reporters, “Bitterly disappointed with the way I went about it. I felt my mood throughout the whole Test match was probably a little bit off, the way I spoke to the umpires early on day two was also unacceptable.”

Pain had come under severe criticism for his poor conduct as a leader after the stump mic caught him abusing Ashwin during India’s second innings. Former England skipper Michael Vaughan had called his behaviour ‘very, very poor.’

“Let’s be honest the captain of Australia since sandpaper gate has led this team with great distinction,attitude & never once has he crossed the line of negativity in my eyes,but today his language behind the stumps & sledging today was back to the old days !! Very very poor !!” Vaughan has written on Twitter.

Former Indian cricketer Sunil Gavaskar had called for Paine to be dumped as Australia’s captain, adding that his days were numbered.

A visibly remorseful Paine said on Tuesday, “I’ve got to cop that on the chin, it’s not the way I want to lead this Australian team, certainly not a reflection of how I want to do it going forward. I always talk to our players about playing this game on skill and not on emotion and yesterday I fell short of my own standards and expectations.

“I wanted to address that this morning and apologise to our fans and people who heard some of the things I said yesterday.”

Australian Captain Tim Paine called an impromptu press conference this morning to apologise for his behaviour during the third Test. ????#AUSvIND pic.twitter.com/MGBRtujjUJ

Paine said, “It wasn’t good enough and particularly from the leader of this team. I have to cop what’s coming on the chin and really looking forward to getting to Brisbane, bouncing back and playing the game more like Tim Paine plays the game.

“Yesterday was a poor reflection of that and not something that I want to be known for.”