England has defeated South Africa by nine wickets in the third and the final T20 International match in Cape Town to win the three-match series 3-0. Dawid Malan’s 47-ball 99 runs and Jos Buttler’s 33-ball half-century helped England chase the target of 192 set by the hosts with 2.2 overs to spare. Together they added 167 runs for the second wicket. 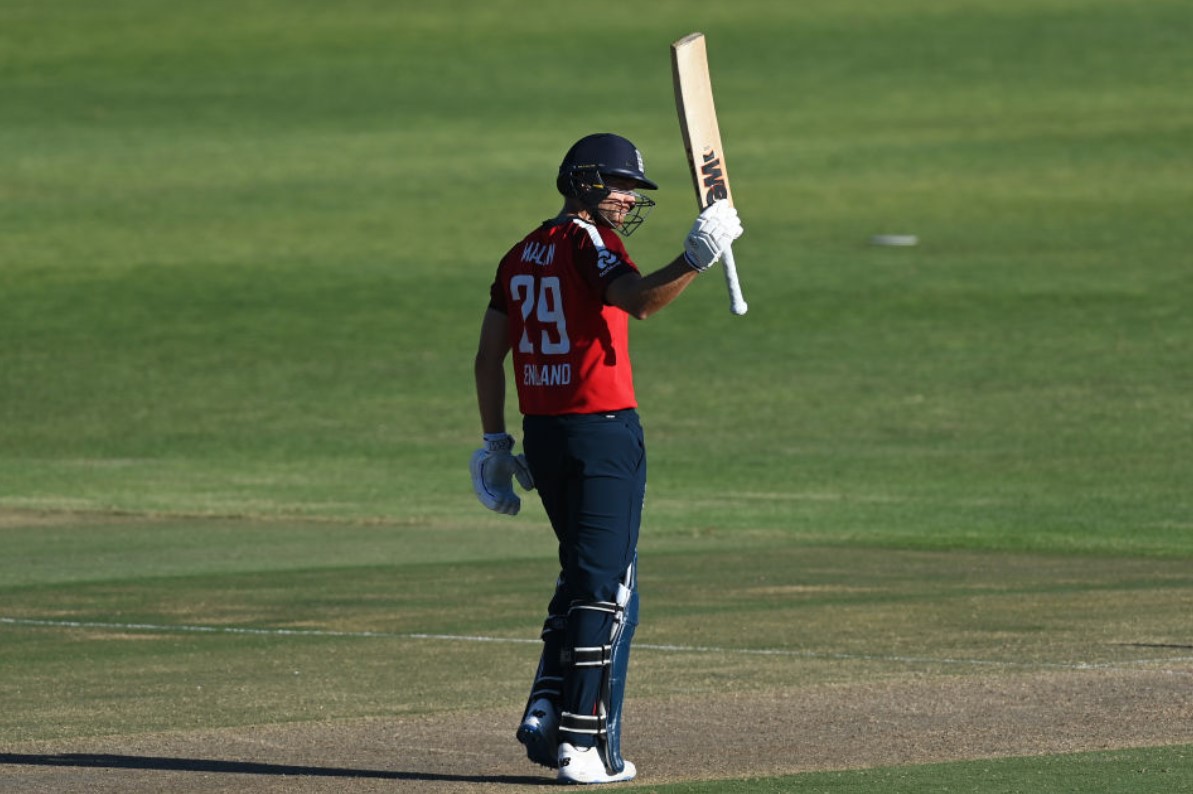 Ben Stokes was the most successful bowler for England as he claimed two wickets by conceding 26 runs in three overs. He had to briefly leave the ground for treatment after injuring his hand. Jofra Archer bowled the most expensive over of his T20 International career as he conceded 44 runs without any wickets in his quota of four overs.

England had comprehensively beaten South Africa in the first two T20 International matches of the series. Incidentally, Malan had played a crucial role in securing the win for England in the last T20 match of the series.

There was confusion in the end as Malan ran for a single without realising that he was batting at 98 and England were only short of one run to secure the win. Had he chosen to wait and go for a boundary, he would have secured a well-deserved century. Speaking after the match, Malan said, “I knew there were five runs left, but I didn’t know how that would go down if I turned down the single.”

Two sides will lock horns at the same ground on 4 December in the first One Day International in the three-match series.