England defeated South Africa by 191 runs on Monday in the fourth Test and sealed the series 3-1. Mark Wood, who ended the second innings with a spell of 4-54, took nine wickets in the match. 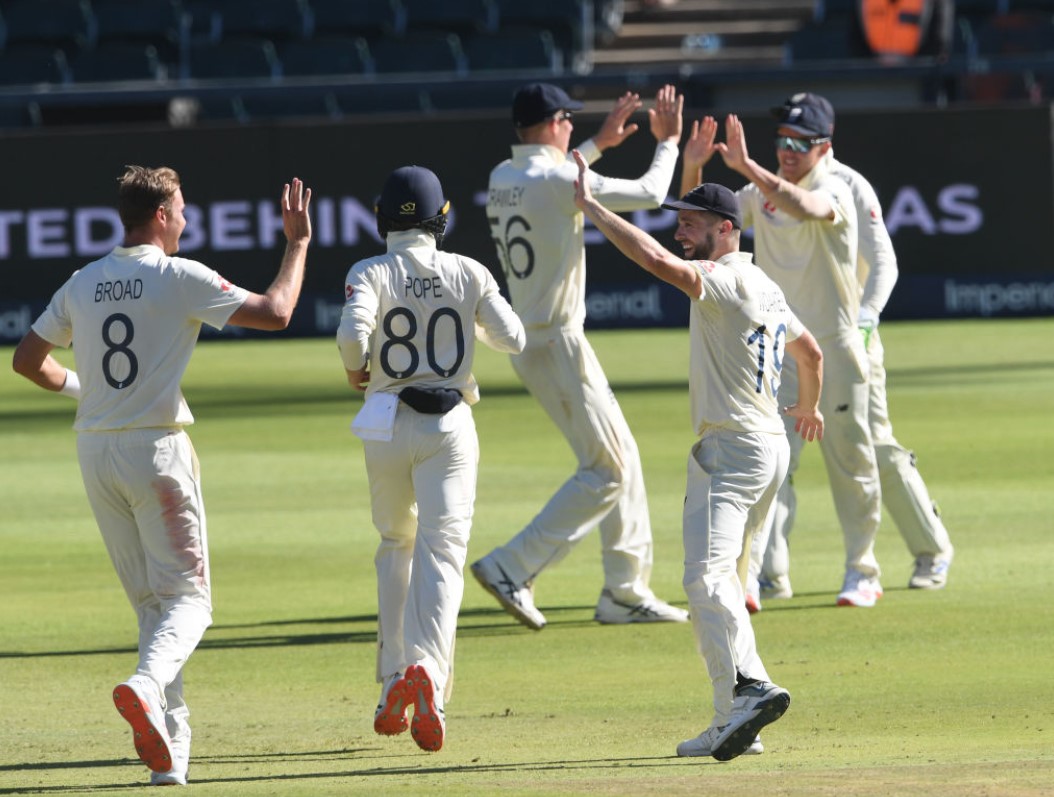 This was also the last Test match for Vernon Philander, who has already announced his retirement from the Test cricket. He got out for 10 but received a guard of honour from the England cricketers as he left the field for the last time.

The hosts were given an unlikely target of 466 runs to win the match, but the visitors bowled them out for 274. The second innings by South Africa saw Rassie van der Dussen cause frustration to England bowlers. He was unlucky to not complete his Test century and got out for 98. He added crucial 92 runs with Faf du Plessis.

Both were dismissed in two successive deliveries by Ben Stokes and Mark Wood respectively.

This is the first time that England have won three Test matches on a South African tour since 1913-14. With this series win, England have also won their last three series against the Proteas.

England have also narrowed the gap with Australia in the World Test Championship and will have a chance to further cut the deficit during their two-Test series against Sri Lanka in March.

Mark Wood was adjudged Man Of The Match for his splendid bowling performance. Ben Stokes was awarded Man Of The Series for his all-round efforts during the series. He took 10 wickets and scored 318 runs in the series.

Talking about retirement, Philander said, “It’s not the way I wanted to end it. Well played to Joe and his team. They have played phenomenal cricket over the last month. Thanks to my team-mates for making it such a privilege and honour.

Talking about his send-off, he said, “We fight hard on the park but we remain gentlemen. That’s the true spirit.”