Learning from the first Test defeat, England batsmen on Thursday put up a fine display of batting in Manchester’s Old Trafford against West Indies they ended the first day’s play at 207-3 with Ben Stokes and Dom Sibley holding the fort brilliantly. At the end of the first day’s play, Sibley was unbeaten at 86, while Stokes remained not out at 59. Together, both Sibley and Stokes have added 126 runs for the fourth wicket. 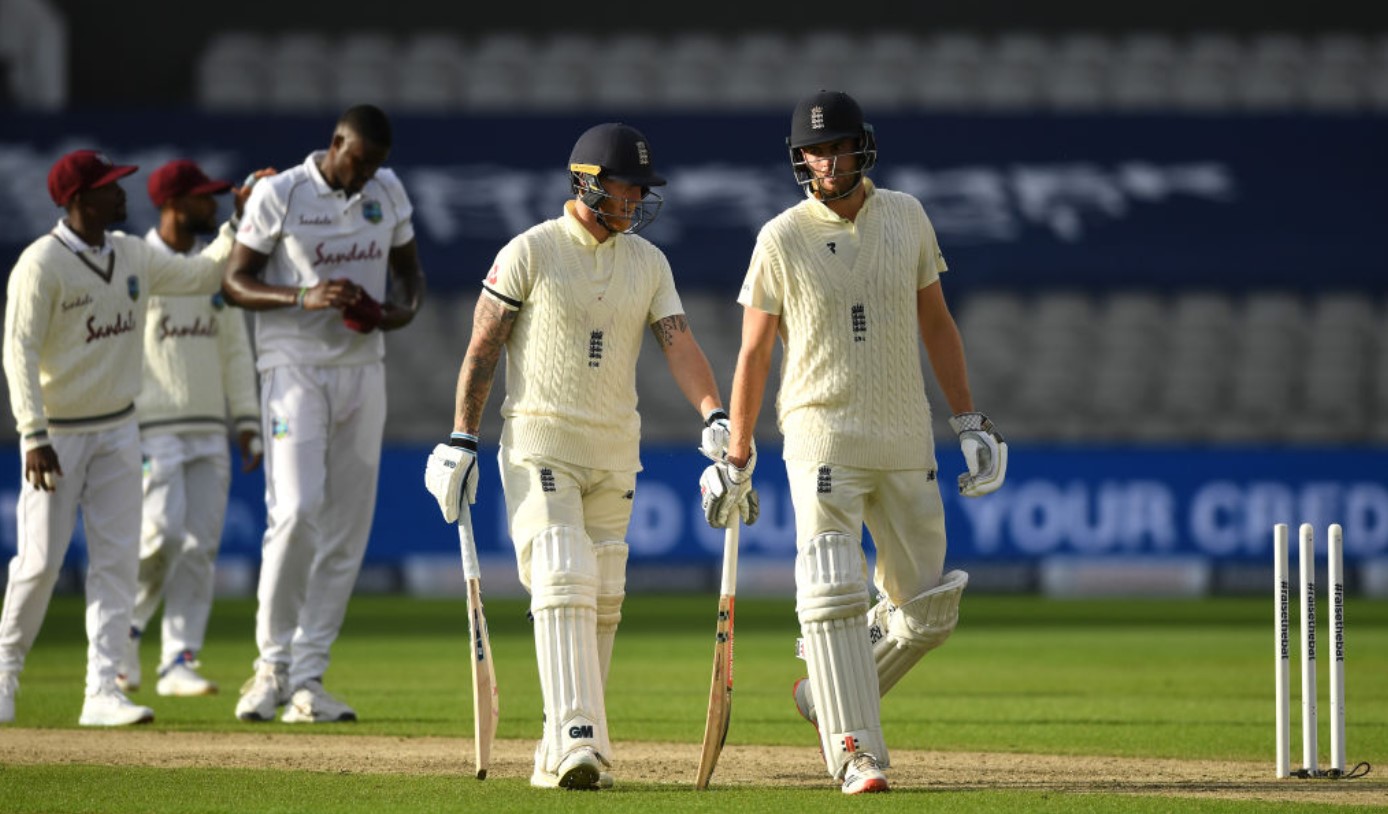 The start of the Test was delayed by poor weather. West Indies won the toss and elected to field. Their decision paid off instantly as the tourists claimed two early wickets, reducing England to 29-2. Off-spinner Roston Chase was the tormenter-in-chief for England as he sent Rory Burns and Zak Crawley packing with two consecutive deliveries before and after the lunch.

England have had to deal with another setback after their fast bowler Jofra Archer had to be sent home for a five-day quarantine as punishment for breaching of the bio-secure protocols. Archer had reportedly visited his home in Brighton when he was expected to stay confined to his hotel in accordance with the strict guidelines implemented by ECB.

Reacting to England’s first-day performance, former skipper Michael Vaughan told BBC, “You only have to go back a year or two ago and we were criticising England for being too flamboyant and the mentality not being right. This is completely the other end of the spectrum – and I prefer this end. It’s been a day’s play I would see in the 80s. This is what I believe Test cricket should be played like.”

West Indies all-rounder Carlos Brathwaite was quoted as saying, “West Indies need someone like Dom Sibley but with the ball. It’s not going to look pretty all the time. Sometimes you just need someone to run in and do the hard yards. It looks as though the bodies aren’t quite holding up as well as they thought they would. We need to see more with the ball.”