Chelsea Football Club defeated Real Madrid in the Champions League semi-final to make it all English final where the top London team would face Manchester City. 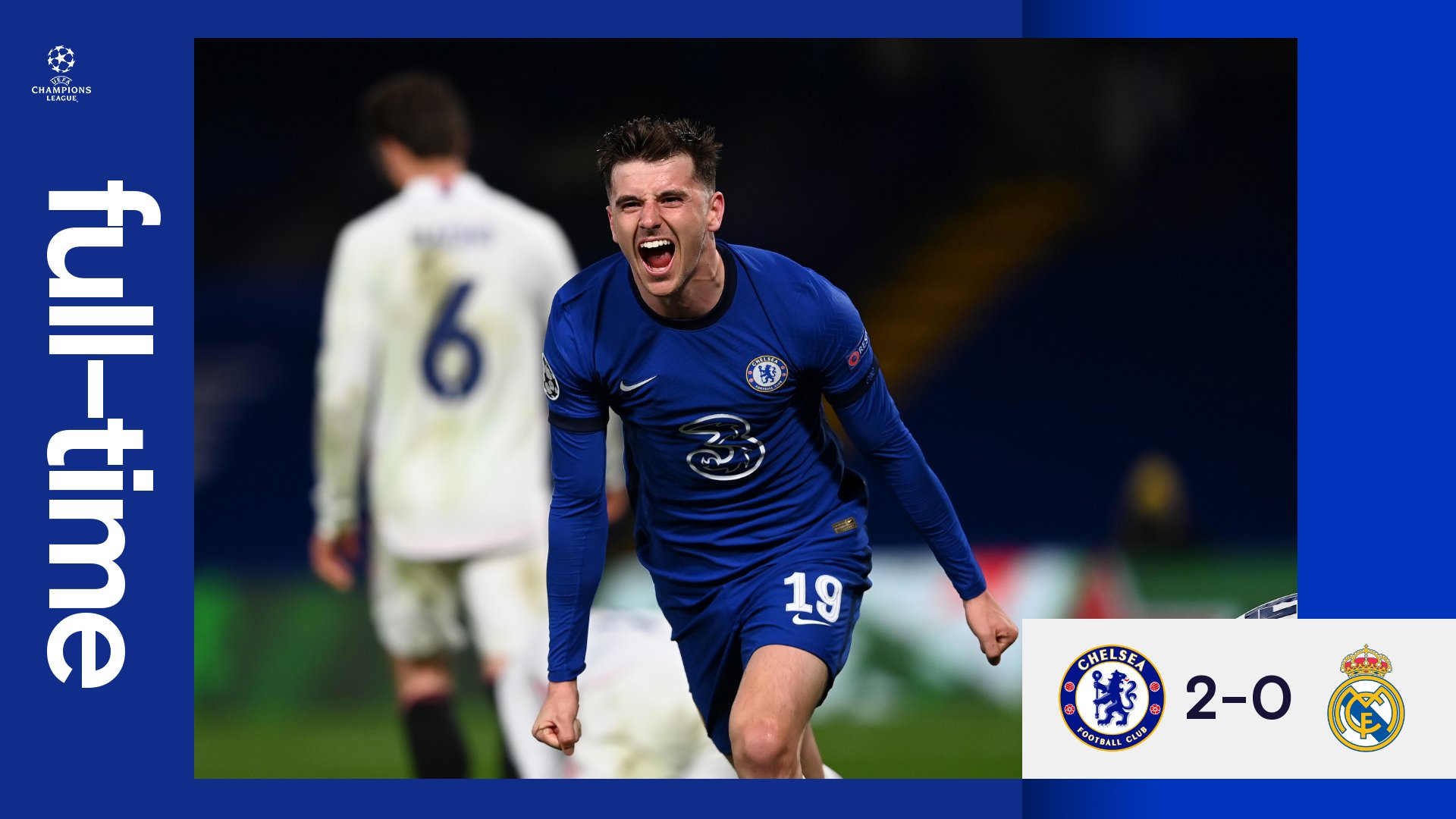 Chelsea beat Real Madrid 2-0 (3-1 on aggregate) to make it to the Champions League final.

Timo Werner scored the first goal for the Blues while Mason Mount made the lead 2-0. At 22 years and 15 days, Mason Mount became the second-youngest Englishman to score in the semi-finals of the Champions League. Former Manchester United star Wayne Rooney had achieved the feat at the age of 21 years and 182 days against AC Milan. Mount is the first Englishman to score at this stage for Chelsea since Frank Lampard in 2008.

Chelsea had the advantage of an away goal before the start of the second leg of the match at Stamford Bridge. Both teams had finished 1-1 when they met in Spain last week.

A visibly dejected Real coach Zinedine Zidane refused to shake hands with his Chelsea counterpart Thomas Tuchel at the end of the match. The last and only time that Chelsea won the Champions League was in 2012.

Chelsea missed at least three easy chances against Real Madrid. Had they converted all, they would have finished the match with 5-0. Speaking to BT Sport after the match, Mount said, “I can’t put into words. Great performance tonight. It was a tough, tough game. They’re going to come and give it everything but we worked hard. We should’ve probably had about five! But the most important thing is we won tonight. We want to go into every game-winning it.”

Commenting on Timo Werner’s first goal, Mount said, “I said to Timo ‘it must’ve felt like an eternity for the ball to drop down!’ We’re all buzzing for him.”

Chelsea captain Cesar Azpilicueta told BT Sport, “We had a tough opponent but the team performed really well and we scored two goals.

“We can’t forget the saves from Edouard Mendy in the first half. The second half we were clearly better and we had a few chances to score more goals – but we fought really hard.

“This campaign in the Champions League we have played two Spanish teams, but the most important thing is we are in the final. There is one more step and we will try to win, of course.”

Real Madrid boss Zinedine Zidane told Movistar, “We can say that yes, they deserved the win. We fought and tried but they deserved to win and go through.

“The players who have played tonight were fit to play. I’m proud of my boys: we tried, we have got this far – just one game from the final. Chelsea played a great match and have gone through and we have to say well done to them.”

Chelsea will face Manchester City in the final in Istanbul on Saturday, 29 May.