BCCI President Sourav Ganguly has joined ex-teammates Sachin Tendulkar and Rahul Dravid to record profound messages of support for Virat Kohli. This is the first time that Ganguly has praised Kohli since the controversy broke out over the latter’s decision to quit the Test captaincy. 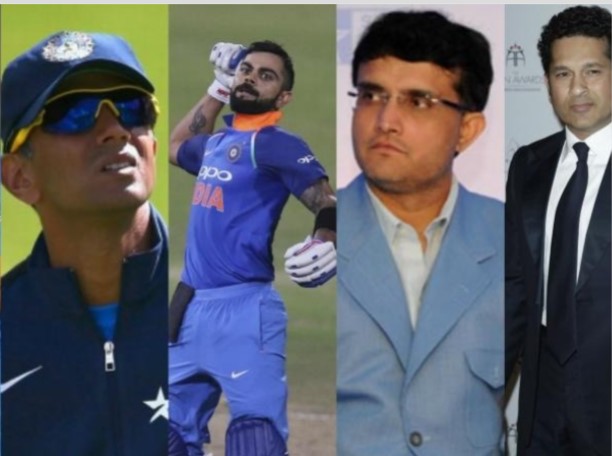 Wishing Kohli ahead of his landmark 100th Test match against Sri Lanka, Ganguly said, “Virat’s had a great journey. Starting 10-11 years ago and getting to where he’s reached today is an exceptional achievement. On behalf of the BCCI and also a former captain and former cricketer, who’s gone on to play 100 Test matches and more, I wish him all the very best.”

Ganguly’s words assume significance in light of the raging controversy involving him and Kohli in the recent past. Many accused Ganguly and BCCI Secretary Jay Shah of forcing Kohli to step down as the Test captain after sacking the star Indian batsman as the ODI skipper just before the South African tour.

Sachin Tendulkar too joined Ganguly to applaud Kohli on his another milestone in international cricket. He said, “I remember, the first time I heard about you was we were in Australia in 2007. You guys were playing Under-19 World Cup in Malaysia. That’s when there was a certain player in the team, who was discussing about you. ‘This is one player to watch out for. Achchi batting karta hai.”

Tendulkar asked Kohli to ‘go out and do well.’

Dravid said, “Enjoy the day, enjoy the occasion. It’s something to be proud about.”

India will take on Sri Lanka on Friday in the first Test match of the series at Punjab Cricket Stadium in Mohali. The BCCI has said that spectators will be allowed to watch Kohli play his 100th Test match.