India’s new bowling sensation Deepak Chahar on Sunday smashed the T20 International record for the most economical bowling spell by finishing 6-7. His six-wicket haul also included a hat-trick, which became pivotal in ensuring India’s stunning victory against Bangladesh, allowing the hosts to win the three-match series. 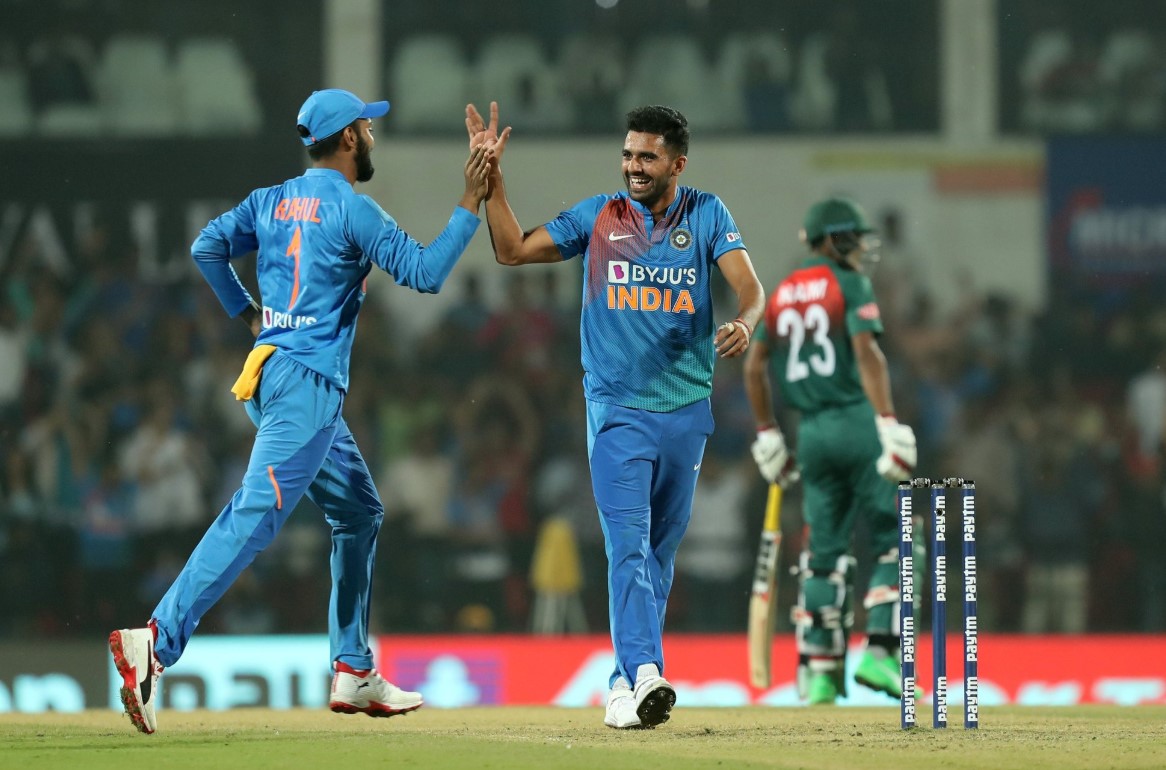 .@deepak_chahar9 today became the first Indian to pick up a hat-trick in T20Is ?? pic.twitter.com/qNctKUVgmF

However, the eagle-eyed cricket fans wasted no time in reminding that it was wrong to claim that Deepak was the first Indian to achieve this extraordinary feat. Many fans reminded that left-arm spinner Ekta Bisht had achieved this feat for the India women cricket team way back in 2012 against Sri Lanka. Bisht’s 3-16 had played a key role in ensuring the nine-wicket win against Sri Lanka in a play-off match of the 2012’s ICC World Women T20 International competition.

A good time to take note of the following:#DeepakChahar is the first Indian MAN to take a hat-trick in T20Is.

@BCCI you are wrong. It was Ekta Bisht who took the first hatrick for India. You conveniently forget her because she is a woman. And that was in 2012. It took 7 more years for a man to do it.

Deepak Chahar is the first Indian to take a hat-trick in Men’s T20Is.

Deepak’s six-wicket haul in four overs by conceding just seven runs was the best-ever bowling figure in a T20 International match by any bowler as the Indian medium-pacer beat Sri Lanka’s Ajantha Mendis’ record of 6-8.