Bangladesh on Sunday pulled off a spectacular victory by 21 runs against South Africa in their opening cricket World Cup encounter played at the Oval cricket ground in London. This was South Africa’s second successive defeat in the competition. 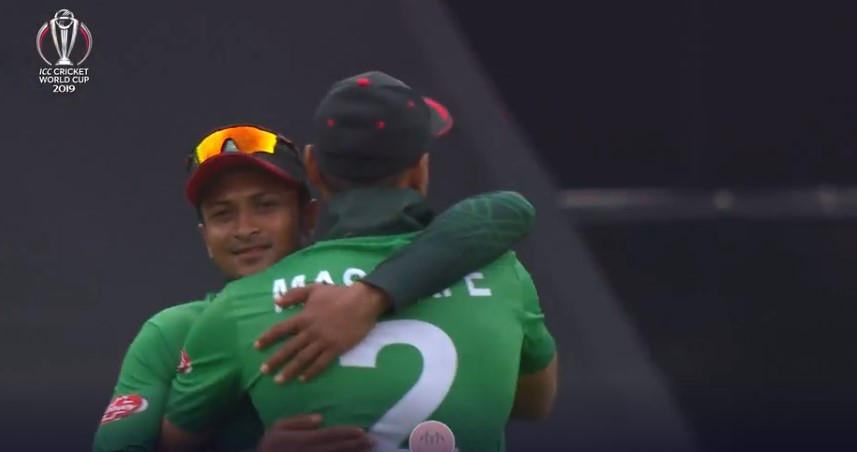 Batting first, Bangladesh amassed a competitive total of 330 runs for the loss of six wickets in their quota of 50 overs. Shakib Al Hasan and Mushfiqur Rahim scored 74 and 78 runs respectively. The duo were well supported by magnificent cameos from Soumya Sarkar and Mahmudullah, who remained unbeaten at 45 off 33 deliveries. Sarkar took just 30 balls to score 42 runs.

In reply, South Africa continued to build partnerships and looked set to achieve the target but fell short of 22 runs. Faf Du Plessis reached his half-century with a back-foot punch over long-off for six and looked crucial to his side’s chase. However, he fell after adding just 12 more runs to his total. JP Duminy was the second highest scorer as he departed after playing on off Mustafizur Rahman for 45.

David Miller and Rassie van der Dussen made desperate attempts to increase the tempo but failed in the face of tight Bangladeshi bowling. 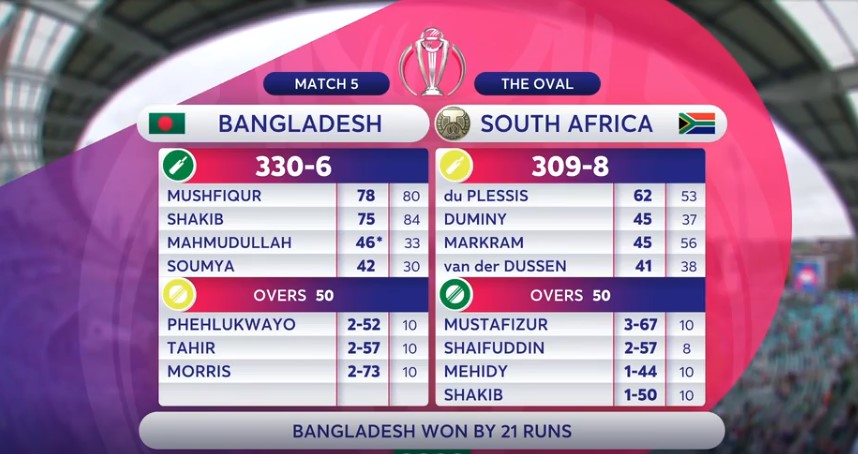 On 31 May, host England had defeated South Africa by 104 runs after Ben Stokes shone with batting, bowling and fielding.