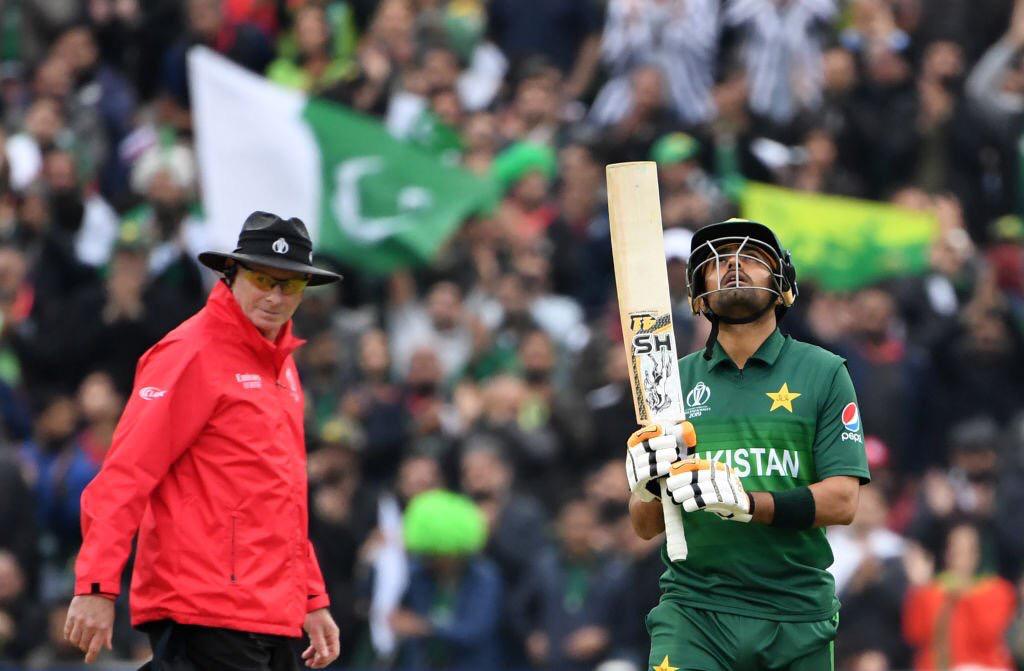 ‪Babar Azam on Wednesday played one of the best innings of his life to guide Pakistan to a remarkable win against the World Cup favourite New Zealand by 6 wickets.‬

‪Batting first, New Zealand had scored 237 for the loss of six wickets in 50 overs. This was after the Kiwis faced a near collapse early on in their innings and were reduced to 88 for five. Jimmy Neesham finished 97 not out after a 132-run partnership with Colin De Grandhomme (64).

Pakistan replied confidently even though they lost three wickets at a regular interval. Azam became the second fastest player to complete his 3000 runs in One Day International matches. Today’s century was the 10th hundred for Babar Azam in his ODI career.

The stylish batsman also became the first ever Pakistani middle order batsman to score a century in a World Cup competition since 1987, which too was played in England.
The other star batsman for Pakistan was Haris Sohail, who had scored 89 in the last match against South Africa. He was unlucky to have got himself run out for 68 when Pakistan needed just two runs to win.

Azam and Sohail added 126 runs for the fifth wicket partnership. Pakistan finished their innings at 241 for 4 with Babar Azam remaining unbeaten at 101.

With today’s win, Pakistan now have accumulated 7 points and have good chances to secure a place in the semi-final. Australia are on 12 points from 7, Nw Zealand 11 from 7, India 9 from 5, England 8 from 7, Bangladesh and Pakistan on 7 from 7.

Speaking about his century, Babar Azam said, “The wicket was difficult but my aim was to bat for 50 overs and if I did I knew Pakistan would win the match. We know we’d need to score runs off the pace bowlers. Once Santner came on it was doing stuff off the pitch so Hafeez told me to stick at it and score three or four runs an over.”