Alyssa Healy played an unbelievable knock of 170 from 138 balls to script a historic victory for her side in the Women’s World Cup final against England. 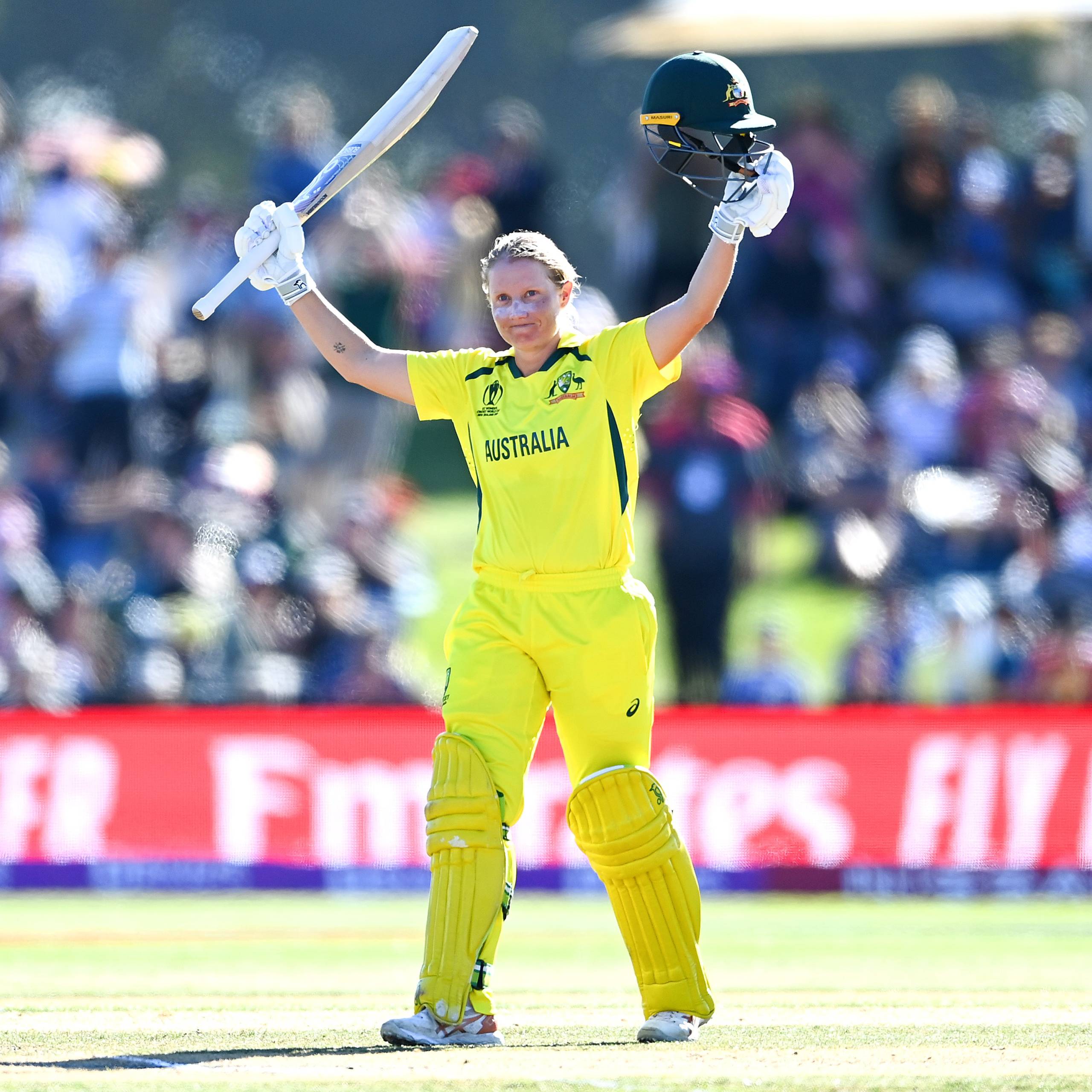 Batting first, Australia made 356-5, the highest-ever World Cup final total by women. Healy, who was dropped when she was batting at 40 in the 21st over of the Australian innings. Her fellow opener, Rachael Haynes, was also dropped in the same over. She went on to score 68 and add 160 runs with Healy for the opening wicket partnership.

These two dropped catches cost England badly as Healy and Haynes decided to punish their rivals.

England began their run chase on an aggressive note but kept losing wickets at a regular interval. They kept maintaining a decent run rate even as English players were returning to the dressing. Aside from Natalie Sciver, no other English player was able to rise to the challenge and play a decent knock. Natalie Sciver remained unbeaten at 148 from 121 balls.

Reacting to her side’s disappointing performance in the final, England skipper Heather Knight told BBC, “Credit to Australia. It was a remarkable innings from Alyssa Healy – to do that in a final and for them to put that on the board was tough. We probably didn’t have an answer at times – they batted outstandingly. It was a very good track and it made it very hard to defend. We fought hard in the chase – Nat Sciver was unbelievable, what an innings. We are disappointed, but credit to Australia for the way they played today.”

Australian skipper Meg Lanning said, “I’m really pleased with that. This tournament has been a long time coming – it has been in the back of our minds and there are no doubts we wanted this trophy in our cabinet. It has been an amazing effort over a number of years and to finish it off like this is amazing.”

England’s World Cup journey was nothing less than remarkable. After losing their first three matches, the English team looked all set to be eliminated from the World Cup. But they bounced back and won five matches in a row to reach the final.