Ashton Agar claimed an impressive hat-trick as Australia thrashed South Africa by 107 runs in the first T20 International match of the series on Friday. Ashton finished with a spell of 5-24 as he ripped through the South African batting line-up. His phenomenal bowling performance also included a hat-trick when he despatched Faf du Plessis, Andile Phehlukwayo and Dale Steyn in three consecutive deliveries. His figure of 5-24 from his four overs is the best by an Australian male player in T20 cricket. 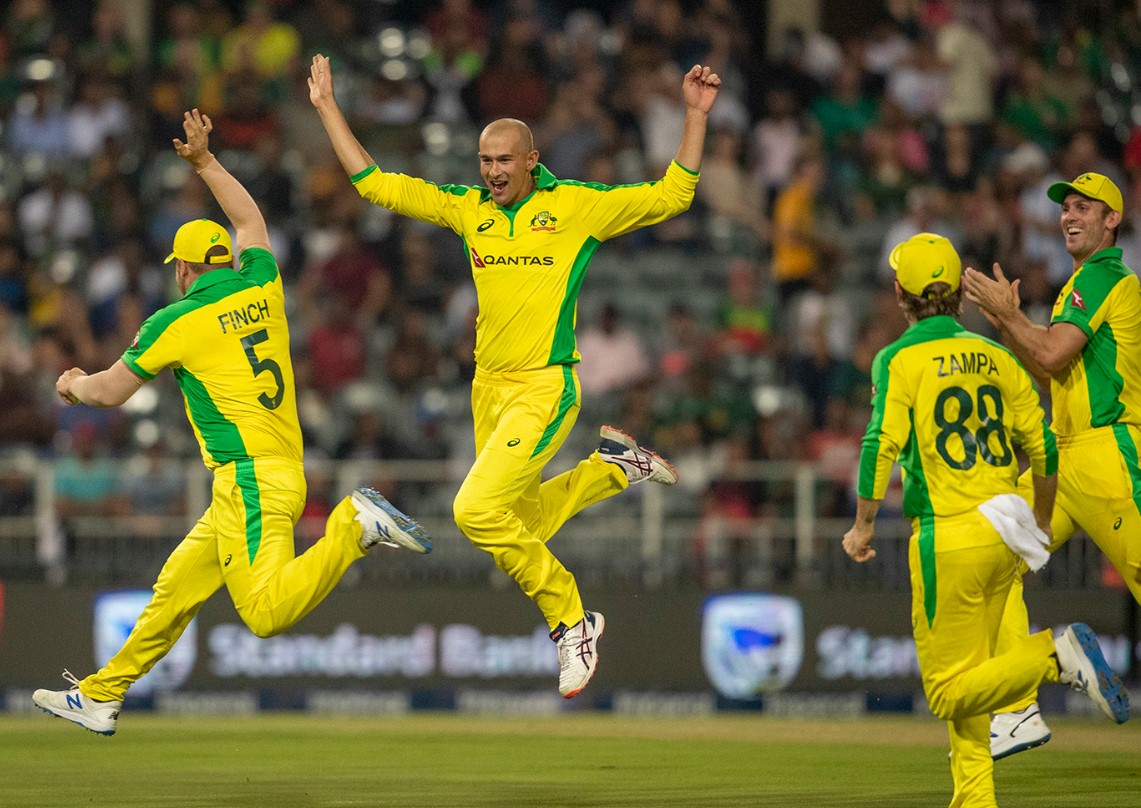 He became the first Australian bowler since Brett Lee in 2007 to take a men’s T20 international hat-trick. Agar also made a quickfire unbeaten 20 in nine balls with the bat. He was later adjudged player of the match for his impressive all-round performance.

For South Africa, du Plessis, Kagiso Rabada and Pite van Biljon were the only batsmen to reach double digits with the bat as they made 24, 22 and 16 respectively.

South Africa being bowled out for 89 was their lowest ever total in a T20 International match.