New Zealand thrashed Sri Lanka by 10 wickets in their opening encounter of the ongoing cricket World Cup, currently being played in England and Wales. After winning the toss, in Cardiff, New Zeland elected to field, bowling Sri Lankan batsmen out for just 136 runs in 29.2 overs.  Matt Henry and Lockie Ferguson both took three wickets each. 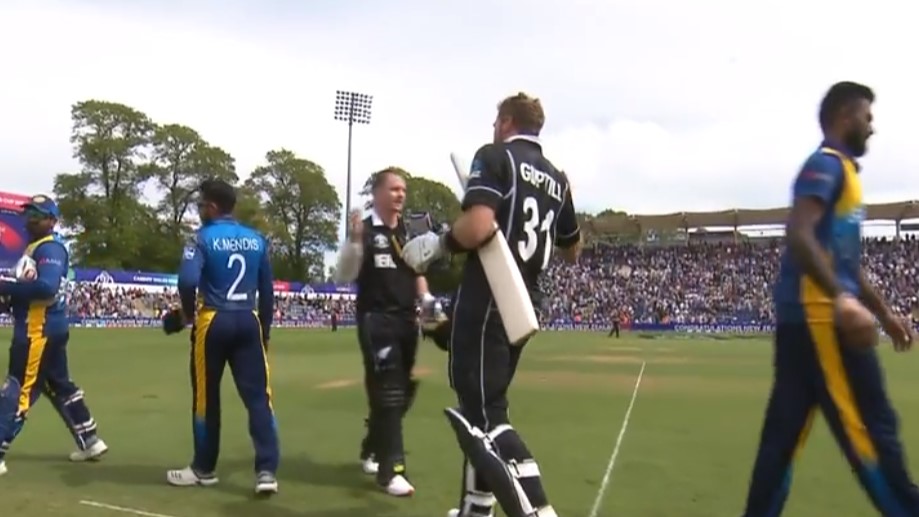 In response, New Zealand achieved the winning target without losing a single wicket with 33.5 overs to spare. Martin Guptill and Colin Munro both scored half centuries as New Zealand cruised to thumping victory.

“We have eight games to go, we have to be ready for them, there is still a lot of cricket to be played in this tournament. On wickets like that the toss feels so important and makes the game hard. Losing doesn’t matter but we need to fight for our fans and not be 130 all out, we owe our supporters a better showing,” Sri Lankan skipper Dimuth Karunaratne was quoted as saying.

Elsewhere, Afghanistan lost to Australia by seven wickets as Aussies had no problem in chasing the target of 208 runs 34.5 overs. David Warner remained unbeaten at 89. Batting first, Afghanistan had scored 207 runs in 38.2 overs. Rahmat Shah was the top scorer with 44 runs.

Defeats for Sri Lanka and Afghanistan after Pakistan were bundled out for just 105 runs in Nottingham against West Indies in their opening World Cup match on Friday. They went on to lose their opening match by 7 wickets.

10 teams taking part in the World Cup will play once against each other. Four top teams with most points will progress to the semi-final stage.