Janta Ka Reporter 2.0
Home Sports After three days of dominance, England have mountain to climb to save...

After dominating the proceedings at Edgbaston for three days against Australia in the first Ashes Test, England are suddenly finding themselves placed in an awful predicament, requiring 385 runs or avoid losing all wickets to save the match. 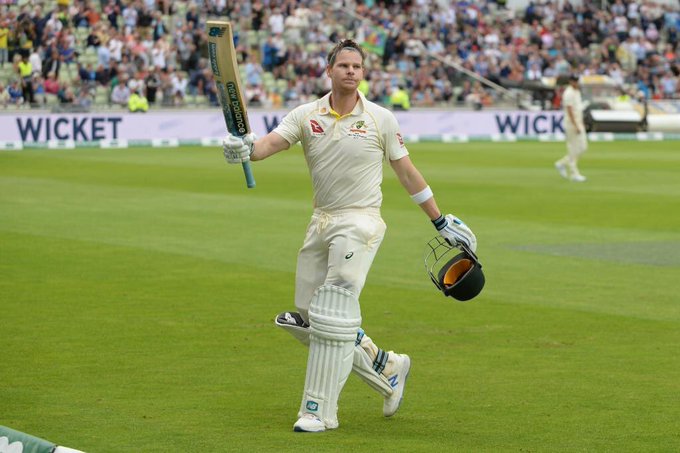 This was after centuries by Steve Smith and Mathew Wade took the Australian total in the second innings to 487-7 prompting the tourists to declare their innings. This meant that England had 398 runs to score to win the match. At the end of the fourth day’s play, the hosts were 13 for no loss with Jason Roy (6) and Rory Burns (7) at the crease.

Resuming their overnight score of 124-3, Australian batsmen took control of their batting on Sunday as Steve Smith went on to score 142 runs, his second century of the match. Joining him in the party was Wade, who played a knock of 110. Travis Head too scored a fifty before he got out for 51.

Talking about his two back-to-back centuries, Smith told the BBC, “It’s extremely special. I’ve never scored a hundred in both innings in any form of cricket in my life. To do it my first game back, in an Ashes Test, knowing how important the first Test is, I’m pleased.

“We’re in a great position now. Hopefully, we can make use of that tomorrow. There’s quite a bit of spin out there. You’d think a day-five wicket will wear even more.”

The English bowlers, in the absence of Jimmy Anderson, found it difficult to pose a significant threat to Australian batsmen. While there wasn’t much assistance from the pitch for the English pacers, their lead spin bowler Moeen Ali looked hopelessly insipid and bereft of any creativity in his attack. He conceded 130 runs to claim his two wickets.

In contrast, the Australiansdeployed their spin attack right from the word go when the English batsmen came to bat in their second innings on Sunday. Nathan Lyon, who opened the Australian bowling attack with the new ball appeared to cause more problems to Roy and Burns than what Ali did to the Aussies.