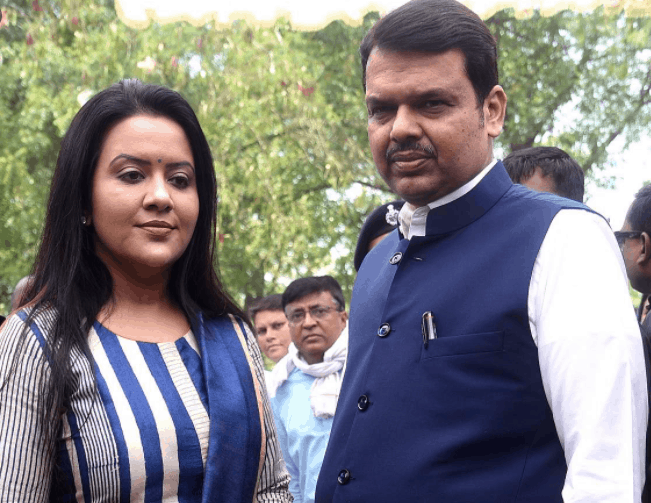 Amruta Deshmukh took to Twitter to write in Hindi that the allegations would have a far-reaching impact on Maharashtra politics. She tweeted, “As things have started now, it will go a long way. How many will have to be sacrificed to save the king?”

Her tweet came soon after Singh on Saturday claimed that Deshmukh used to ask police officers to collect funds from bars and hotels, a charge that the Maharashtra home minister has denied.

Devendra Fadnavis, for his part, demanded the removal of Deshmukh from the post of the state’s home minister followed by an inquiry into Singh’s allegations. Speaking to reporters, Fadnavis said that his party demanded Deshmukh’s resignation. “If he doesn’t, then the Chief Minister (Uddhav Thackeray) must remove him. An impartial probe must be conducted. The letter also says the Chief Minister was informed about this earlier, so why didn’t he act on it?” NDTV quoted Fadnavis as saying.

In his letter, Singh accused Deshmukh of using suspended cop Sachin Vaze to collect Rs. 100 crore every month from the city’s bar and pub owners for his personal fund.  Singh alleged that ‘in the aforesaid context, Shri Sachin Vaze who was heading the Crime Intelligence Unit of the Crime Branch of the Mumbai Police was called by Shri Anil Deshmukh, Hon’ble Home Minister, Maharashtra to his official residence Dyaneshwar several times in last few months and repeatedly instructed to assist in collection of funds for the Hon’ble Home Minister.’

Vaze was arrested for his alleged role in the discovery of an SUV from outside Mukesh Ambani’s house by the NIA before being suspended by the Mumbai Police.

JKR Staff - April 8, 2021 0
MTV Roadies Revolution contestant Saqib Khan has announced that he was quitting the showbiz business saying that he 'was going against my tenets of...