Shiv Sena’s Rajya Sabha MP Priyanka Chaturvedi has lashed out at Union Health Minister Harsh Vardhan for his blunt response to her letter highlighting the vaccine shortages in Maharashtra. Chaturvedi said that Harsh Vardhan’s letter had left her ‘disgusted’ adding that the union health minister was behaving like a spokesperson of a political party. 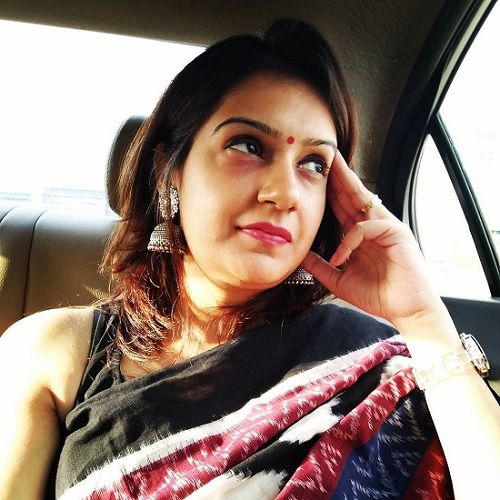 “It kind of disturbed me, saddened me and also disgusted me at the same time that while a letter was written to him in good spirit and intent and in the spirit of cooperation and feedback from the states…I would get a scientific response to his letter because he’s the health minister of India and not a spokesperson of a party, I hope,” she said in a video message.

Chaturvedi had written to Harsh Vardhan highlighting the vaccine shortages in Maharashtra while also making a case for vaccinations of the population group aged between 18 and 45. “India has a large population in the age group of 18-45 that needs the vaccine beyond its want. Nobody wants to be in a dilemma of staying home or catching COVID while out of home and hence the need may be termed as a want. The vaccine is the basic right of every Indian especially those who are working, and yet are being forced to stay home as they can get infected and unknowingly spread COVID to others in the family,” she had written.

The health minister in the Narendra Modi government replied slamming the Maharashtra government. He wrote, “In particular, I have seen statements made by public representatives in Maharashtra about shortage of vaccines. This is nothing but an attempt to divert attention from Maharashtra government’s repeated failures to control the spread of pandemic. The inability of Maharashtra government to act responsibly is beyond comprehension. To spread panic among the people is to compound the folly further. Vaccine supplies are being monitored on a real-time basis, and State governments are being apprised regularly about it. Allegations of vaccine shortage are utterly baseless.”

Harsh Vardhan did not stop here in his attack on the Maharashtra government as he continued, “The performance of Maharashtra government in terms of vaccinating healthcare workers and frontline workers is also not great. It is shocking to see how the state Government is putting Maharashtrians in danger by letting people escape institutional quarantine mandate for the sake of their personal Vasuli. Overall, as the state has lurched from one crisis to another, it seems as if the state leadership is happily sleeping at the wheels.”

My response to the political statement from the https://t.co/7izg7PU0hX Min of India on the genuine issues raised by me a) to provide more vaccines to Maharashtra because of an effective vaccination drive b) to universalise vaccine to include everyone above 18 years of age. pic.twitter.com/m5gv4U6yBP

The controversy surrounding the fears of vaccine shortages in Maharashtra comes amidst the surge in COVID-19 cases across India. India has reported 1,26,789 new cases with 685 deaths in the past 24 hours. Of them, 322 deaths have been reported from Maharashtra alone.

Chaturvedi asking the health minister to allow the state government to vaccinate people below the age of 45 assumes significance in light of reports that the second wave of the COVID-19 pandemic in India is also adversely impacting the younger population.