Wrestler Babita Phogat on Monday officially joined the BJP, a party that she has been supporting using her social media pages for several years. Babita’s Dhronacharya awardee Mahavir Phogat said that the decision to officially join the saffron party was in the wake of the BJP government doing ‘great work by scrapping Article 370’ on Jammu and Kashmir. 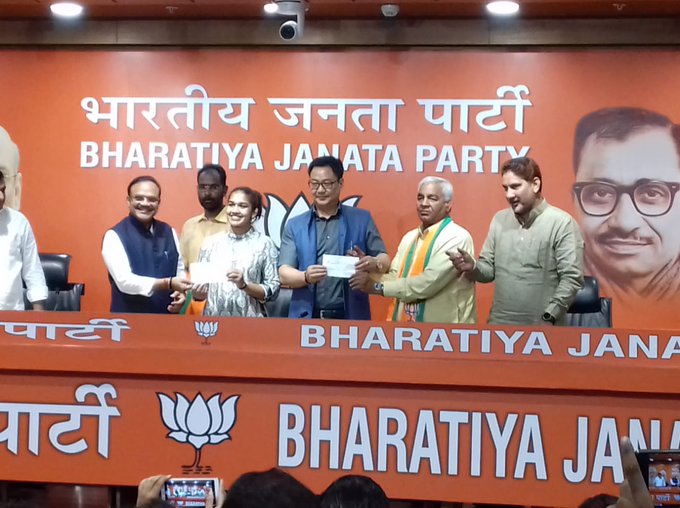 “BJP government did a great work by scrapping Article 370 of the constitution from Jammu and Kashmir and bifurcating the state into two union territories. Haryana government led by Manohar Lal has given a transparent government and recruited youths in a fair manner. I and Babita are in the way and heading towards Delhi”, Mahabir Phogat was quoted by Hindustan Times.

Babita is likely to be fielded as the BJP candidate from Dadri or Badhra assembly constituencies in the Dadri district in the upcoming Haryana assembly polls. Babita is reported to have resigned from the Haryana police, where she was employed as an inspector.

Aamir Khan had made a blockbuster film, Dangal, on the life and achievement of Phogat sisters. The film went on to smash several box office records both in India and China, where it was released several months later.