A video of a BJP leader in Uttar Pradesh’s Kanpur issuing chilling threats to a police officer has gone viral on social media. In the video, a local BJP leader, identified as Suresh Awasthi, could be seen warning the Circle Officer stating ‘you are on my hit list.’ 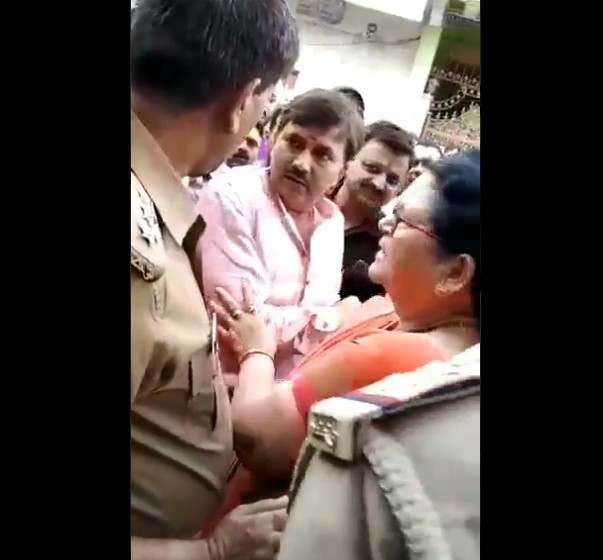 Astonishingly, when the the BJP leader was intimidating a police officer with his thuggery, Mayor Pramila Pandey was also present. While the context of the BJP leader’s threats is not clear, Awasthi could be seen animated while issuing threats to the Circle Officer.

Awasthi said, “Don’t look at me like that. You are on my hit list. I will see you after tomorrow.” He did not stop here. He told the Mayor that the police officer was causing nuisance and trying to act smart. “He’s (the police officer) nothing. He’s an evil person,” said Awasthi.

BJP leader Suresh Awasthi threatening Deputy SP Janardan Dubey in Kanpur. You are in my hit list, I will see you after the elections Awasthi can be heard saying in presence of BJP mayor Pramila Pandey. pic.twitter.com/f25ZTVNweA

From the argument in another video, it appears that the officer had stopped BJP workers from entering a polling booth illegally. This had irked Awasthi, who threatened the cop of dire consequences later.

A case has been registered against Awasthi.