Twitterati have slammed Union Minister Hardeep Singh Puri after the country’s national carrier Air India announced that it will send some of its employees on leave without pay for up to five years. The statement by Air India said that it had started identifying these employees based on various factors like efficiency, health and redundancy. These employees, according to news agency PTI, will be sent on ‘compulsory leave without pay’ for up to 5 years. 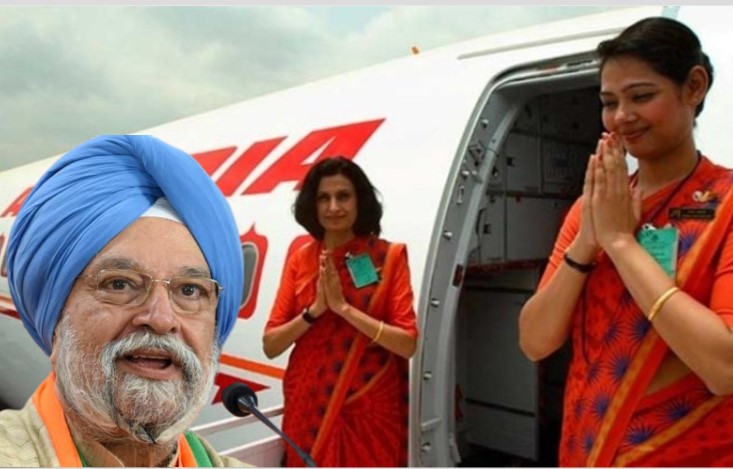 The report added that Air India’s board of directors had empowered Chairman and Managing Director Rajiv Bansal to send employees on LWP “for six months or for a period of two years extendable up to five years, depending upon the following factors – suitability, efficiency, competence, quality of performance, health of the employee, instance of non-availability of the employee for duty in the past as a result of ill health or otherwise and redundancy.’

The order said that names of such employees need to be forwarded to the General Manager (Personnel) in headquarter for obtaining necessary approval of CMD.

Neither Air India nor Puri have chosen to react to the news, but the development has evoked angry reactions from netizens.

This is what atmanirbhar Bharat means where people are going without pay leave for 5 years #AirIndia #ModiMadeDisaster #JagoModiPyare pic.twitter.com/xVPVwV6IDh

” Compulsory leave without #pay for 5 years ” What provision of service #Law applied in this action?

Most lousiest unjust law… But such things can happen only in #BJP #Modis lawless India pic.twitter.com/4rr3CcRdGf

India banned all international flights in March due to the COVID-19 pandemic. However, Air India has been running special flights to repatriate stranded Indians abroad.