Former Madhya Pradesh Chief Minister Shivraj Singh Chouhan lost his voice when a reporter asked him to comment on the criminal act of a BJP MLA in Indore recently. Akash Vijayavargiya, son of senior BJP leader Kailash Vijayavargiya, was arrested and sent to judicial custody for thrashing a civic body official earlier this week. 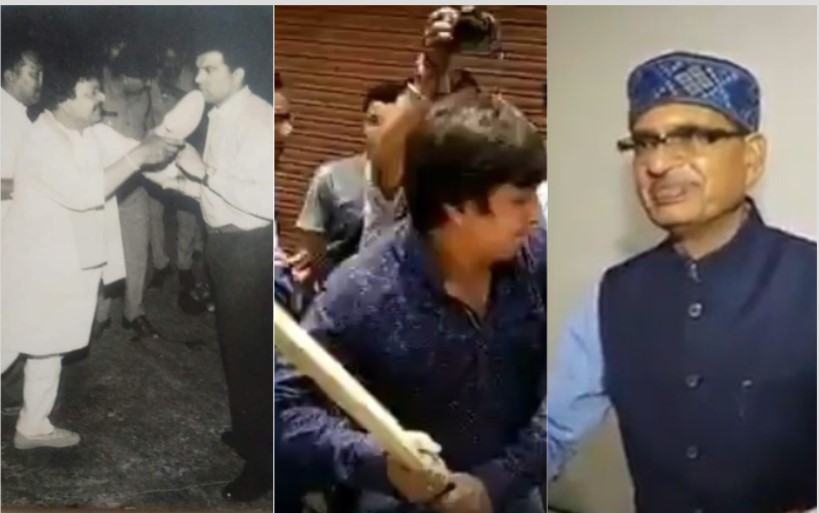 A reporter from Aaj Tak/India Today confronted Chouhan for his reaction but the former chief minister repeatedly declined to comment. Reporter Pankaj Upadhyay asked Chouhan what he thought of Akash Vijayavargiya’s statement that his future line of action was going to be aavedan, nivedan, dana dan (application, request and physical assault).

No sooner did the reporter start recording his interview, Chouhan began to desperately request him to not ask him any questions about the goon BJP MLA’s crime. He said, “I had come to Maharashtra for the party’s membership drive. Akash has made his stand clear and I don’t have anything more to add.”

The reporter persisted and asked Chouhan about his party’s official stand on Akash Vijayavargiya’s criminal act. Chouhan replied, “Thank you.” The reporter made several more attempts to get Chouhan’s reaction, but all he said was ‘Thank you very much.”

Only on Thursday, Akash Vijayavargiya’s father, also known for his violent politics, threatened a TV reporter questioning his worth when he asked for his response on his son’s crime.

Meanwhile, many social media users were quick to post an old photo of Vijayavargiya senior, who was seen trying to hit a senior police official with his shoe. 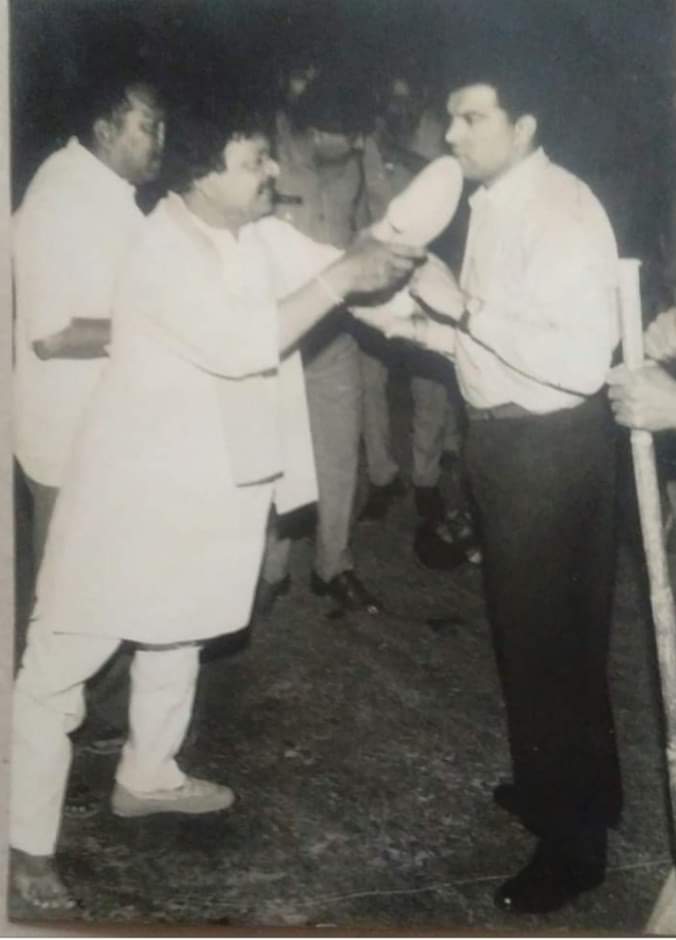 The BJP had fielded terror accused Sadhvi Pragya Thakur from Bhopal in the last month’s Lok Sabha polls. She won the polls with a huge margin by defeating veteran Congress leader Digvijay Singh. Chouhan’s silence, Kailash Vijayavargiya’s threat to journalists and BJP supporters celebrating a criminal act by putting up posters explain why and how voters in Madhya Pradesh had no moral issues in choosing a terror accused as their parliamentarian.