The government has ended the night curfew as it announced measures for unlock 3. Starting 5 August, the government has also allowed gymnasiums and yoga institutions to open by following Standard Operating Procedures that will be issued later to ensure social distancing norms. 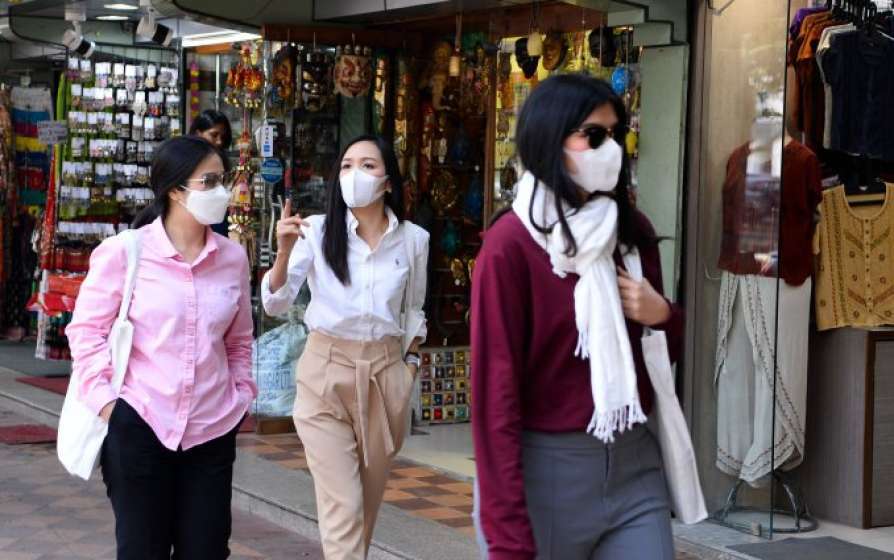 The circular issued by the home ministry also allows independence day functions by adhering to social distancing and other health protocols. The government said that the guidelines issues by the Ministry of Home Affairs on 21 July 2020 will be followed in this regard.

The MHA also said that after extensive consultations with states and union territories, it has been decided to that ‘schools, colleges and coaching institutions will remain closed till 31 August 2020.

International air travel, which resumed this month under Vande Bharat scheme will continue during August with the government planning to open up the airspace more in a calibrated manner. 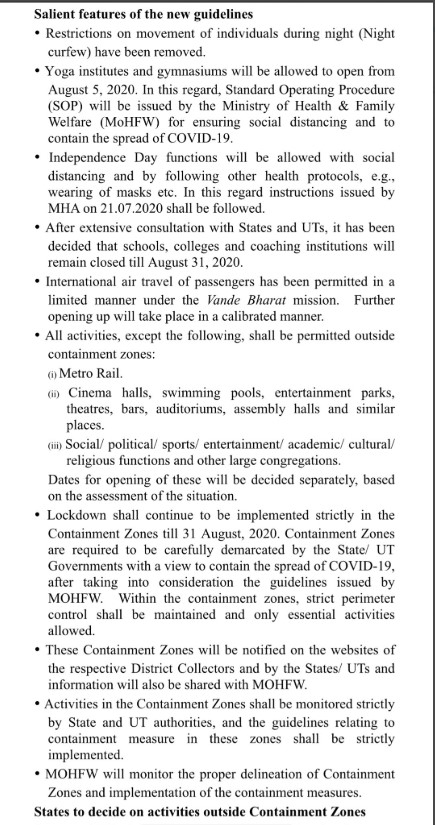 The lockdown will, however, be enforced strictly in areas defined as containment zones till 31 August with a view to stop the spread of the virus. These containment zones will be defined by respective district collectors on government websites.

The number of positive COVID-19 cases in India has exceeded 15 lakh mark with the death toll going past 34,000.

The vulnerable population such as those above the age of 65 and below 10 have been advised to stay at home. Also advised to stay indoors are pregnant women and those with underlying health conditions.