Authorities in Madhya Pradesh have sacked a senior doctor after a video of civil surgeon kissing one of his nurses inside the operation theatre went viral on social media platforms. The said incident took place at the Ujjain district hospital. 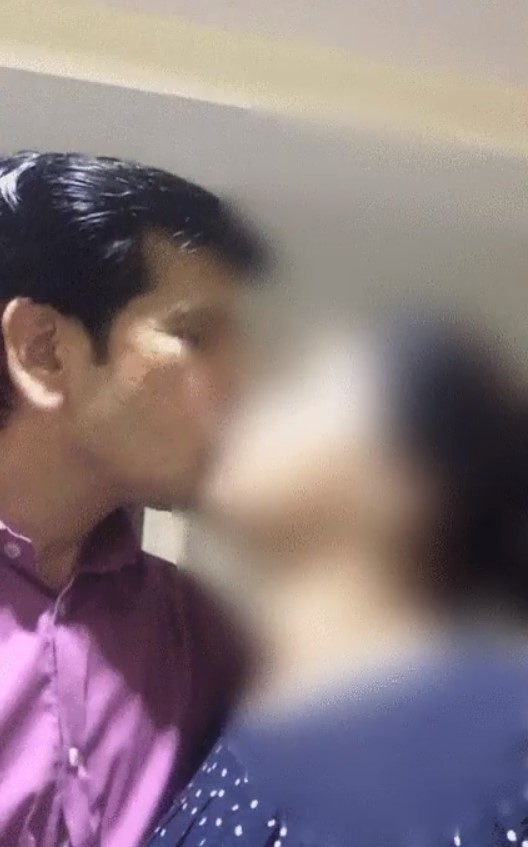 In the video, the 49-year-old civil surgeon seen recording to a selfie video while kissing a nurse. The video went viral on social media platforms with users fervently sharing it on WhatsApp too. Faced with considerable embarrassment, the officials had no option but to sack the surgeon.

One official said, “Hospitals and operation theatres are not the place to be coverted into love nests. We expect doctors to be behave responsibly. This surgeon’s act is unbecoming of a medical professional,” a senior government official said.

Ujjain district collector Shashank Mishra told news agency PTI that he had sacked the doctor in question from the post of a civil surgeon of the district hospital. “I have also issued a notice seeking an explanation from the senior doctor,” Mishra was quoted as saying.

Mishra said that the sacked surgeon had been replaced with Dr PN Verma.

The authorities are also concerned about the surfacing of three more objectionable videos in a WhatsApp group comprising nursing staff. The divisional commissioner is expected to order an inquiry following the latest incident.

There is not much information available about the nurse in the video. However, some reports suggested that she worked at the Ujjain district hospital.

District Chief Medical and Health Officer (DCMHO) Dr Mohan Malviya, for his part, was quoted as saying that Divisional Commissioner was set to to order an inquiry into the incident. He refused to comment when asked if the clip was shot in the operation theatre.

The authorities have, however, not involved local police yet.