The Supreme Court on Monday did a U-turn and reversed its own order by allowing the Jagannath Puri Rath Yatra to go ahead despite the COVID-19 pandemic. The three-judge bench comprising CJI SA Bobde, Justices Dinesh Maheshwari and AS Bopanna left it to the state government and the temple committee to hold this year’s Jagannath Puri Rath Yatra, which is usually attended by 10-12 lakh devotees over the period of 10-12 days. On 18 June, the Supreme Court had stayed the holding of annual rath yatra in view of the COVID-19 pandemic. 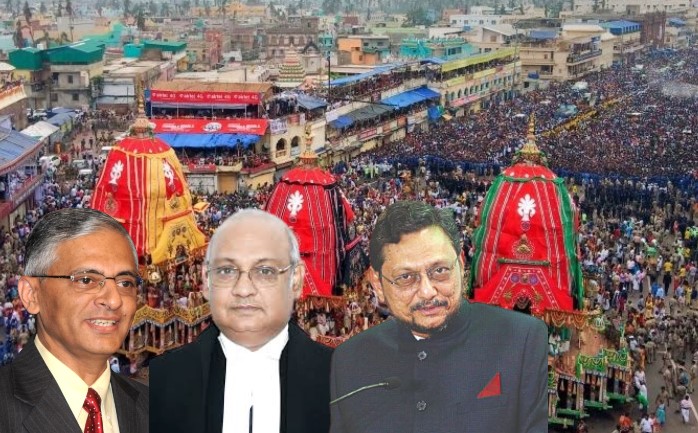 Solicitor General Tushar Mehta represented the central government, while Harish Salve was appearing for the state of Odisha. Salve, according to Bar and Bench website,  told the court, “In Puri, we will impose curfew, the yatra will be held only by the servitors and those participating will have to test…the chariot will only be held by the ones who test negative. We will not allow public participation.”

Senior Advocate Ranjit Kumar, who represented the Odisha Vikas Parishad, said that COVID-19 cases in the state had increased alarmingly and only those responsible for the yatra be allowed inside the temple premises. Reacting to this suggestion, CJI Bobde said, “But we will not do any micromanagement of Rath Yatra. We will leave it to the best wisdom of the responsible state government.”

The top court said that detailed guidelines on holding the yatra will be issued soon in the signed copy of the order. It said that the state government can stop the yatra in the case of a public health emergency.

In its 18 June order, the top court had ruled, “A procession of this magnitude cannot be permitted at the time of a pandemic.” It had added, “The annual Rath Yatra this year is scheduled for June 23. The festivities usually go on for 20 days. Having regard to the danger and public safety of citizens, we direct State of Odisha to not conduct any Rath Yatra this year. There shall be no activity associated with the rath yatra during this period. Lord Jagannath will not forgive us if we allow it.”