Former Prime Minister HD Deve Gowda has hinted that the coalition between his party, the Janata Dal Secular, and the Congress in Karnataka was unworkable leading to imminent mid-term polls. 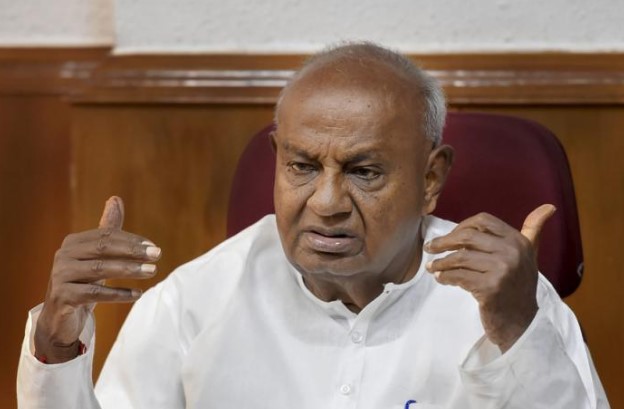 “There is no doubt that there will be mid-term polls. They (Congress) said they will support us for five years but look at their behavior now. Our people are smart,” the JDS supremo was quoted by NDTV.

Deve Gowda referred to several media reports in the state that quoted former Karnataka Chief Minister Siddaramaiah as having advised Congress President Rahul Gandhi to end its coalition with the JDS else Congress face an existential crisis in the key southern Indian state. “People in that party [Congress] feel that their party will be finished if they continue in alliance with us. They say the sooner this coalition is ended the better,” Hindustan Times quoted Deve Gowda as saying.

Siddaramaiah, who was a protege of HD Deve Gowda before he snapped ties with him to join the Congress, has denied these media reports.

86-year-old Deve Gowda added, “People are carefully watching everything. I did not ask them for a coalition government. I did not ask for the chief ministerial post to my son Kumaraswamy. They (Congress) themselves called me and asked me to form the government. I will continue my work. I do not want to blame anyone.”