Union Tourism Minister KJ Alphons has asked Kerala Director General of Police to take action against ‘culprits,’ who he said were responsible for spreading ‘false news’ about his selfie at the funeral of a CRPF jawan’s funeral. 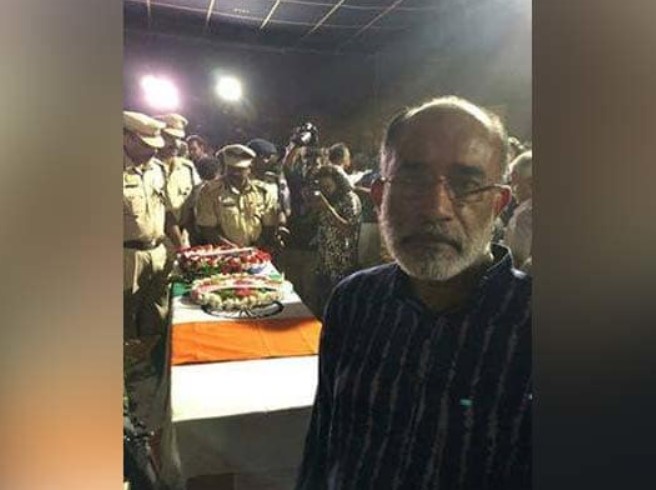 Alphons said that it was ‘uncharitable, unbecoming and illegal to spread false news’ when he was merely paying homage to a jawan as a union minister. “Kindly take appropriate action against culprits and bring them before law,” he said. “Some miscreants had spread false news against me on social media. The act of those miscreants reduced my reputation in the public, which is an offence punishable under the provisions of IPC,” Alphons was quoted by news agency ANI.

A photo of Alphons standing next to a coffin of a CRPF jawan, who was recently killed in a terror attack in Jammu and Kashmir’s Pulwama, had gone viral with many condemning the minister for choosing to click a selfie at a funeral place of a soldier.

The body was that of Vasantha Kumar VV and was brought to his residence at Lakkidi in Kerala’s Wayanad district on Saturday. The caption of the photo in Malayalam said, “The funeral of CRPF jawan Vasantha Kumar is being held at his home. It is because of people like him that you and I can live peacefully.” 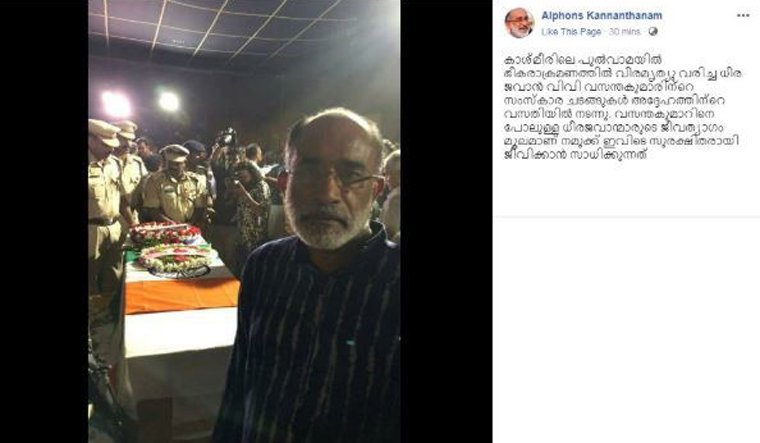 Soon, Alphons began to face merciless trolling for choosing to use a soldier’s funeral for his personal photo opportunity. However, the union minister has now said that it wasn’t a selfie and someone had clicked his photo with the coffin in the background.

The minister has deleted the controversial photo from his Facebook timeline in the face of a raging controversy. Earlier, his other cabinet and party colleagues including Prime Minister Narendra Modi, Union Minister Piyush Goyal, BJP President Amit Shah and BJP MP Manoj Tiwari were accused of insensitivity as they either sought votes hours after the Pulwama attack or entertained a crowd at a musical concert during the official mourning period.

Vasantha Kumar, a native of Lakkidi, had joined the CRPF in 2001. He was promoted as Hawaldar only last month. He had only visited his home in Kerala on 2 February and was returning to Jammu and Kashmir to take up his new role. According to some reports, he had called his mother just two hours before the suicide attack took his life. He is survived by his wife Sheena, a temporary employee at the Kerala Veterinary and Animal Sciences University, and two children Anamika and Amardeep.