In a tragic incident, a technician working for SpiceJet lost his life being stuck in the main landing gear door while working on an aircraft at Kolkata’s Netaji Subhash Chandra Bose International Airport. The incident took place around 0100 hours in the intervening hours of Tuesday and Wednesday. The deceased has been identified as Rohit Pandey. 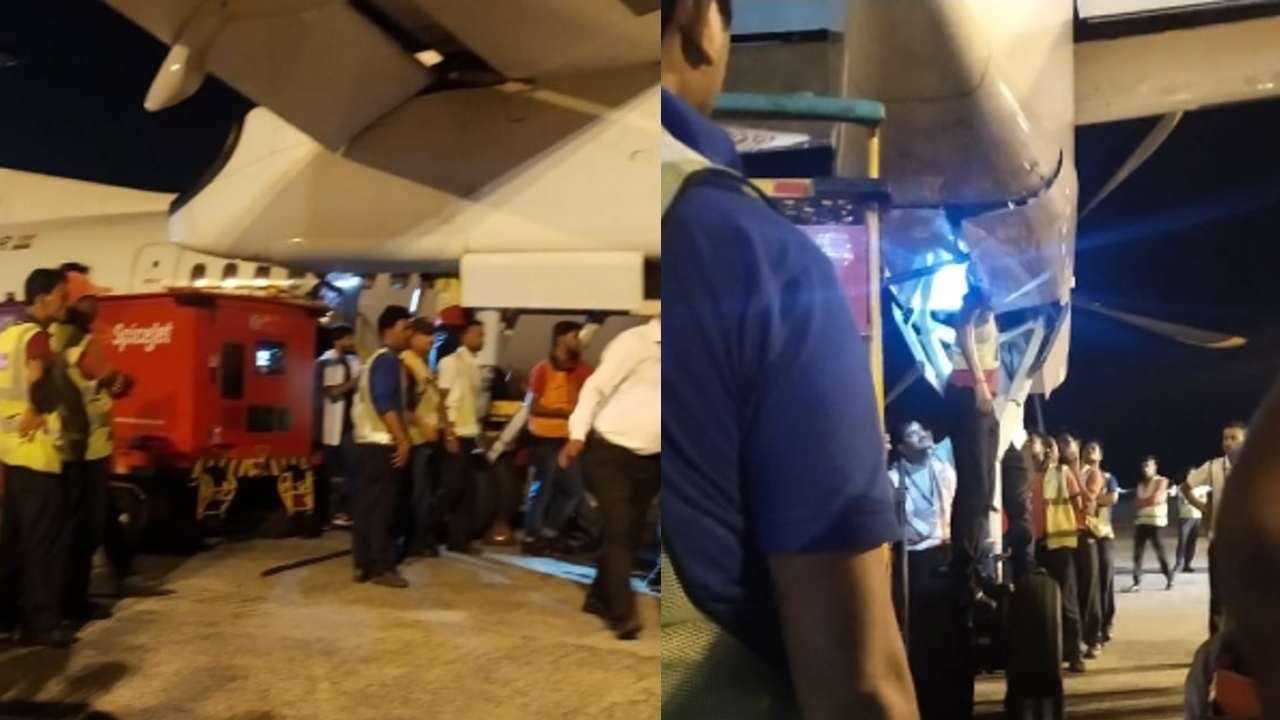 The authorities had to deploy fire brigade to pull the technician’s body out. One eyewitness told Janta Ka Reporter, “A SpiceJet technician died while working on a base flight (Q400). The landing gear door closed while he was working on it. He was half stuck inside and half outside. It’s really tragic. May his soul rest in peace. Someone switched on the HYD pump without getting the ground clearance.”

The airline issued a statement saying that it was ‘extremely saddened to share that our technician Rohit Pandey passed away last night in an unfortunate incident at Kolkata airport.’ “He was doing maintenance work in right hand main landing gear wheel well area of a Q400 aircraft which was parked in Bay No. 32 at airport,” ANI quoted a statement from SpiceJet.

Only a few days ago, a SpiceJet aircraft had skidded off the runway at the same airport while landing at Kolkata airport, damaging four lights. The flight, a Boeing 737 800 aircraft operated as flight SG-275 arriving from Pune, had skidded off towards the right side during landing on runway 19L, it said.

“During landing roll aircraft veered off towards the right from the runway center line owing to wet runway/heavy rain. Pilots took corrective action immediately to get the aircraft on center line,” the airline had said.