The Telegraph newspaper has lately earned a reputation of being incredibly witty and creative with its headlines while holding the central government to account for its questionable policies. While, no newspaper or channel has dared to question Prime Minister Narendra Modi’s glaring insensitivity to the fallen CRPF soldiers in the immediate aftermath of the Pulwama attack, the Kolkata-based newspaper on Saturday chose to capture Modi’s real emotions through a series of so called ‘grief-stricken’ photos since 14 February.

The newspaper’s front page headline sarcastically read, “Shame on you anti-nationals! How can you question PM’s sense of grief since February 14? Almost every single day since then, he has been wearing black.”

In almost every public appearance since the deadliest attack killed 45 Indian soldiers in Pulwama, Modi is seen either smiling or laughing out loud. Two of the most insensitive photos of Modi were during the visit of the Saudi Crown Prince Mohammed Bin Salman, also known as MBS. In both the photos, Modi was seen laughing out loud alone.

This photo in particular had gone viral, evoking angry reactions from social media users. Reacting to the photo (below) after Janta Ka Reporter posted it on its Facebook page, several users had taken potshots on his awkward laughter. One user wrote, ” Prince tickling his middle finger on Modi.” Another user wrote, “Oh!!! the smell of petrol.” 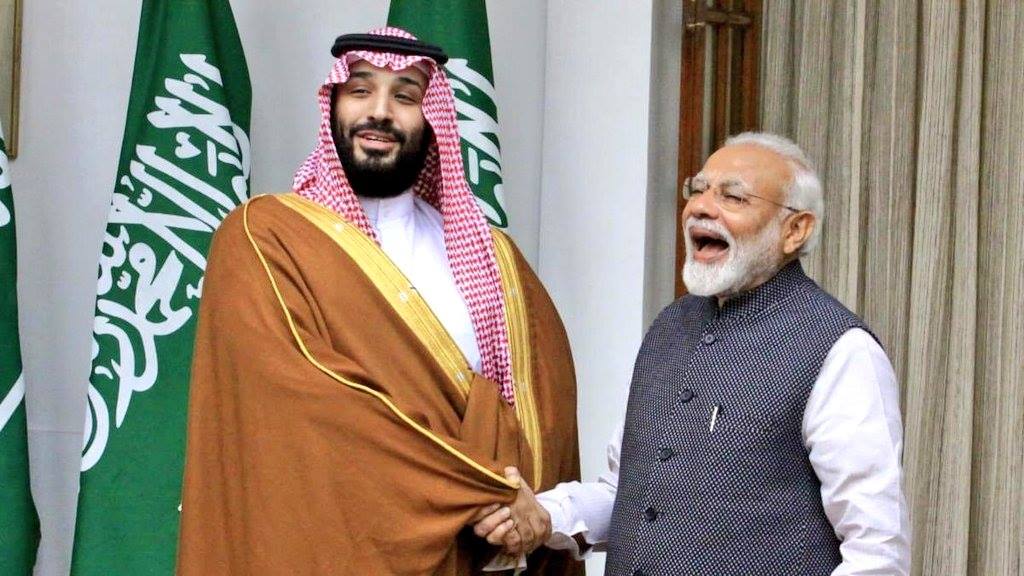 On Saturday too, Modi faced social media roasting after The Telegraph posted one photo from each day since the Pulwama attack. Twitter user Rohin Makkar wrote, “Today’s The Telegraph front page section – Post-Pulwama attack, Modi is seen hobnobbing at various events day after day. There is no sign of grief and he is more concerned about his attire. It’s terrible supporters of BJP don’t see a problem in it. Morality needs to kick in.”

The Congress on Thursday had launched a stunning attack on Modi for choosing to go ahead with his film shoot on 14 February even after being informed about the deadliest terror attack on the Indian armed forces. A day later, Modi had travelled to Jhansi to seek votes for himself in this year’s Lok Sabha polls.