Terror accused BJP MP Pragya Thakur is back in the news with her extraordinarily insane comments on why senior BJP leaders including Sushma Swaraj and Arun Jaitley may have died so soon. According to Thakur, her guru had once told her that the opposition parties were planning to carry out some black magic targeting the BJP. 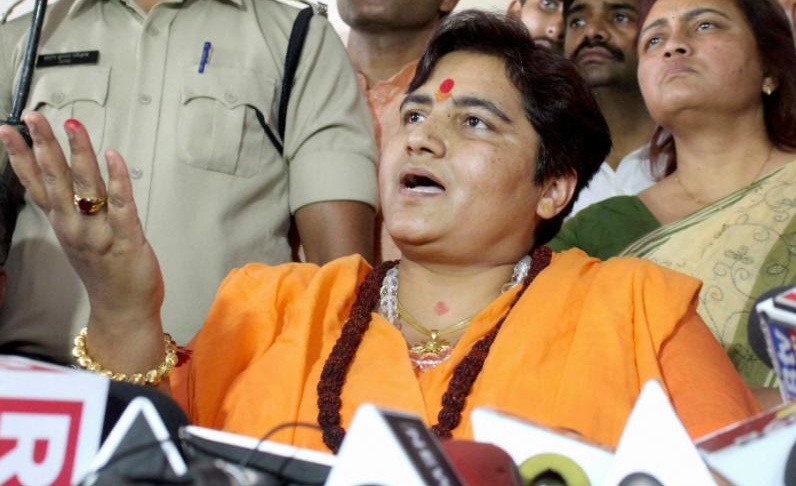 She said, “My guru told me to not reduce my meditation and prayers since the opposition was planning something nefarious using black magic. He said that the future was going to be very bad (for the BJP).  That’s because the opposition is using some black magic against the BJP. That’s designed to hurt the BJP.”

According to the controversial terror-accused BJP MP, her guru had warned that the black magic used by the opposition will target ‘strong and able’ BJP leaders. “I heard his words and forgot about it. Today when I see our top leaders, Sushma ji, Babulal ji and now Jaitley ji, are leaving us one by one, then I am forced to think if my guru was right?”

#WATCH Pragya Thakur,BJP MP: Once a Maharaj ji told me that bad times are upon us&opposition is upto something, using some ‘marak shakti’ against BJP.I later forgot what he said,but now when I see our top leaders leaving us one by one,I am forced to think,wasn’t Maharaj ji right? pic.twitter.com/ZeYHkacFJj

The BJP had nominated Thakur, who is facing serious charges of terrorist acts because of her role in the Malegaon blasts, to contest from Bhopal in this year’s Lok Sabha polls. She went on to defeat veteran Congress leader Digvijay Singh by more than three lakh votes prompting many to question the integrity of Indian democracy, where a terror-accused is elected to parliament with such a big majority.