In a huge development, the Tamil Nadu government has decided to not make a mention of the Delhi Nizamuddin Markaz of Tablighi Jamaat to refer to COVID-19 cases. Speaking to reporters in her daily press briefing, Tamil Nadu Health Secretary Dr. Beela Rajesh said that Chief Minister Edappadi K Palaniswami had appealed to people to not communalise what was a global pandemic. 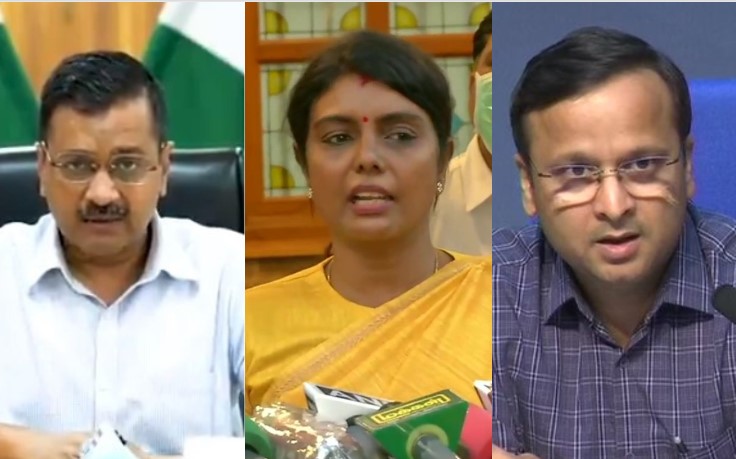 She said, “I think the Hon’ble CM said it very well that the disease doesn’t really know whom to attack. The disease just comes. Nobody gets this wantonly and we are not in a position to say on what basis it has spread. It’s unfortunate that from one single source it has come up. Like I said, the Hon’ble CM has made an appeal to all of them to come forward because if they come forward, they get treated early and we can ensure their family members also get treated and it doesn’t spread.”

#TamilNadu government has decided that they will not mention #Delhi #Nizamuddin #TablighiJamat to refer #COVID19 positive patients.

Health Secretary appeals that people should not communalise a pandemic. Nobody will want to get infected wantonly. Urges people to be kind.

The numbers released by the Tamil Nadu government on Monday showed that as many as 2,10,538 passengers had been screened till date. The government said that the number of people placed in quarantine stood at 90,824.

Those visiting the Nizamuddin Markaz are now being placed under the ‘single source’ category. 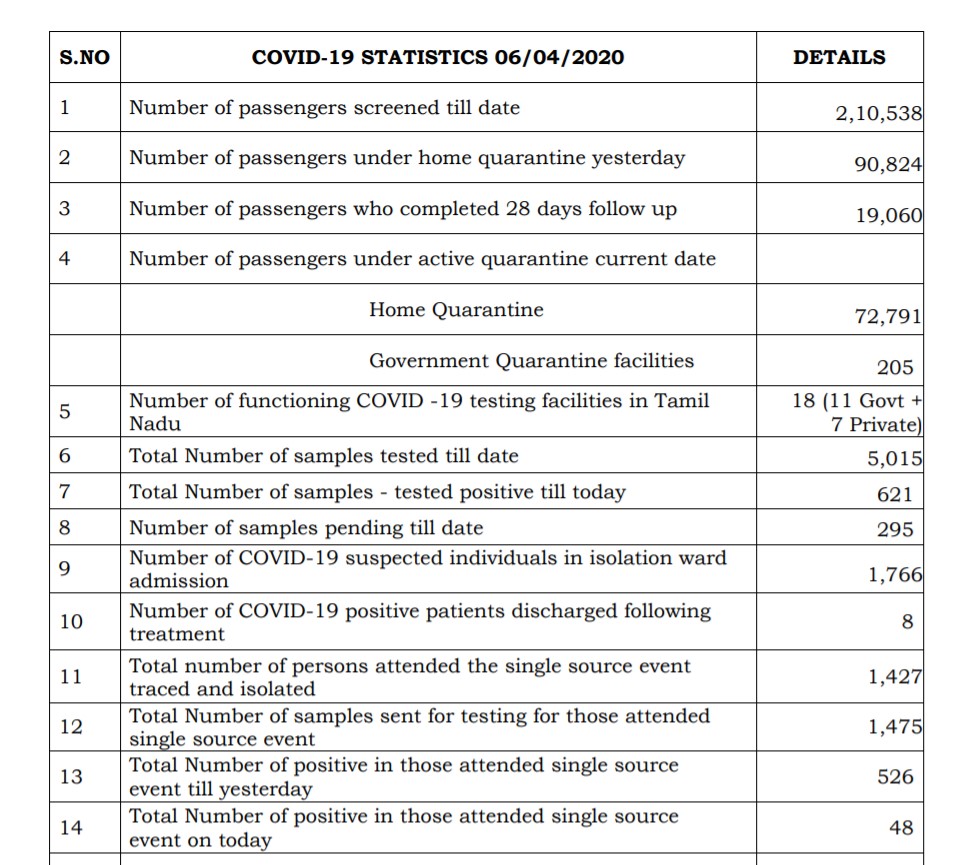 The stand taken by the Tamil Nadu government has come as a breath of fresh air and one hopes that the central government and Delhi Chief Minister Arvind Kejriwal learn from it in their daily press briefings. Both have been guilty of communalising a global pandemic by repeatedly referring to the Nizamuddin Markaz in a bid to vilify the Muslim community.

Even on Monday, Kejriwal made special emphasis on highlighting the number of incidents linked to Nizamuddin Markaz.

Cases in Delhi have increased, partly due to increased testing. Now, we are going to further increase testing so that positive cases could be identified. Situation still under control. Nothing to worry. Keep following lockdown https://t.co/w9K42qMTf0

Tamil Nadu has seen five COVID-19 deaths while 571 people have tested positive for coronavirus till now.