External Affairs Minister Sushma Swaraj on Friday a made a strong pitch on terrorism while attending the Organisation of Islamic Cooperation meet in Abu Dhabi. This is the first time the OIC has invited India as guest of honour. 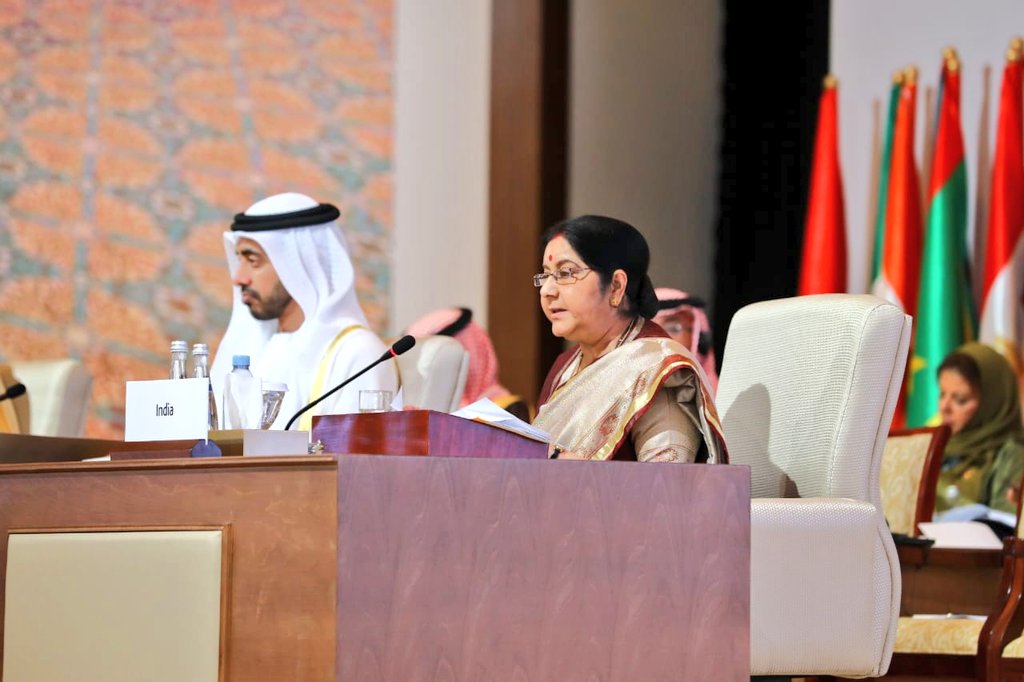 Without naming Pakistan, Swaraj said, “Terrorism and extremism bear different names and labels. It uses diverse causes. But in each case, it is driven by distortion of religion, and a misguided belief in its power to succeed.”

Her comments came amidst rising tension between the two hostile neighbours, who were engaged with armed skirmishes in each other’s territory this week. Swaraj said, “The fight against terrorism is not a confrontation against any religion. It cannot be. Just as Islam literally means peace,none of the 99 names of Allah mean violence. Similarly, every religion in the world stands for peace, compassion & brotherhood.”

Address by EAM @SushmaSwaraj at the Inaugural Session as ‘Guest of Honour’ at Council of Foreign Ministers of @OIC_OCI
➡️ https://t.co/yTvXVCtdlK pic.twitter.com/5O5cUCaaL4

The Indian Air Force had carried out air strikes deep inside Pakistan in Balakot, prompting Pakistani Air Force to breach the Indian air space a day later. This led to the capture of one Indian Air Force pilot, Wing Commander Abhinandan Varthaman. He’s expected to be released by Pakistan today.

Swaraj told the foreign ministers attending the OIC meet that India’s fight was against forces of inhumanity. She said, “This is not a clash of civilisations or cultures, but a contest of ideas and ideals. As Prime Minister Narendra Modi has often said, it is a struggle between the values of humanism and the forces of inhumanity.”

She added, “India has always embraced and found it easy to embrace pluralism since it is embedded in the oldest Sanskrit religious text “The Rig Veda” and I quote ‘God is One but learned men describe Him in many ways’.”

Elsewhere, irked by the OIC’s decision to invite India as guest of honour, Pakistan’s foreign minister decided to not attend the Friday’s event and instead sent a low ranking official to represent his country.