Finance Minister Nirmala Sitharaman will address an important press conference on Saturday to make ‘important decisions’ of the government. The news, flashed by ANI, assumes significance in light of the Centre’s Narendra Modi government coming under considerable attack both from the opposition and within the BJP on the economic downturn. 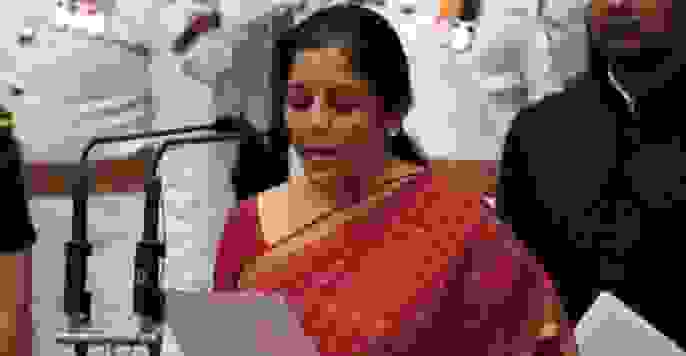 The news of Sitharaman addressing an important conference has triggered plenty of speculations on social media with many trying to guess what those announcements may entail.

Yess we r waiting for smething best for india???

Sitharaman had recently faced huge social media roasting for her comments blaming Ola and Uber cab services for the slump in the sales of automobiles in India. In her words, “Some studies do tell us that mindset of millennials, who are now preferring not to commit an EMI (equated monthly installment) for buying an automobile, instead prefer to take Ola, Uber, everything else, or take the Metro… A whole lot of factors are influencing the automobile sector. We are trying to solve the problem for them.”

This had led to meme fest on social media with users slamming her for her bizarre justification of the economic downturn.

Days later, her cabinet colleague and Union Commerce Minister Piyush Goyal became a topic of social media ridicule after he said that Einstein had discovered gravity.

Attacking his own government for the gloomy economic outlook, BJP’s Rajya Sabha MP Subramanian Swamy had even called Prime Minister Narendra Modi someone who lacked formal education in economics.