BJP’s Rajya Sabha MP GVL Narasimha Rao was addressing a press conference in Delhi on Thursday when a man sitting in the media gallery hurled a shoe at him. 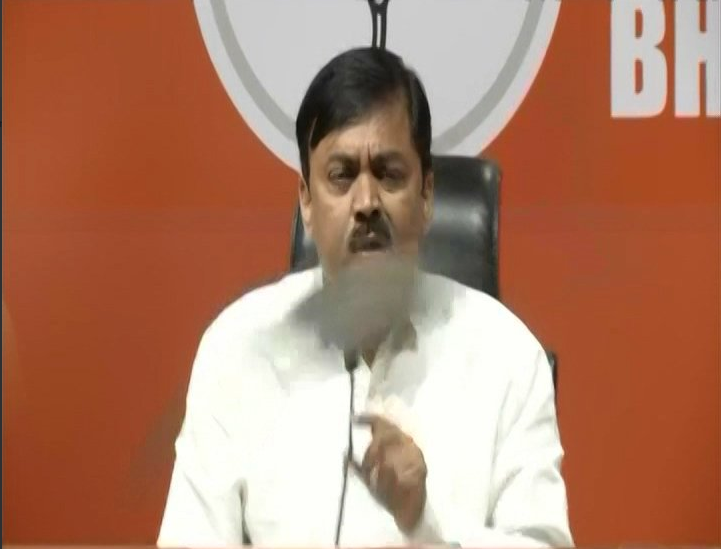 The man, identified as Shakti Bhargava, was immediately taken into custody by security officials present at the BJP headquarters. Bhargava is believed to be a resident of Kanpur in Uttar Pradesh. The motive behind today’s extraordinary attack is not clear.

However, a visibly rattled Rao immediately blamed the Congress for having allegedly planted the attacker to cause chaos in the BJP’s press briefing.

Rao was addressing a press conference on the inclusion of terror accused Sadhavi Pragya Thakur into the BJP. Pragya, who’s currently out on bail, was fielded as the BJP’s candidate from Bhopal in Madhya Pradesh. She’s the prime accused in the 2008 Malegaon blasts that killed seven people and left more than 100 injured.

Reacting to the development, BJP leader Nalin Kohli termed the incident unfortunate adding that civility must be maintained in public discourse.

Rao said, “This is yet another attempt by a Congress inspired person who comes in here to Shoe the same kind of mentality. We won’t get deterred by these criminal elements in society.”

BJP General Secretary was also present at the press conference when the show was hurled at Rao. He, however, escaped unhurt.