In a shocking development, a video has emerged from Uttar Pradesh showing how a dead body of a COVID patient is being thrown into a river from a bridge. The video was shared by a journalist on Twitter, triggering widespread outrage. 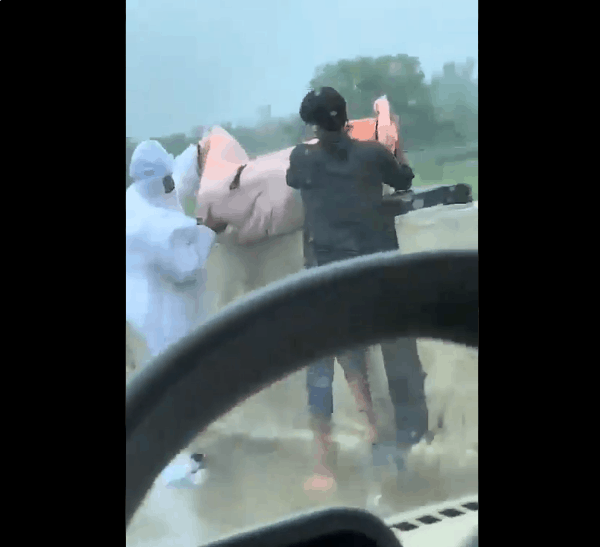 According to the video, the shocking incident was captured by a commuter in UP’s Balrampur district.

In UP's Balrampur district, video of body of man being thrown in the river from a bridge has surfaced. The body was of a man who succumbed to Covid on May 28. pic.twitter.com/DEAAbQzHsL

“His (the deceased’s) relatives threw the dead body into the river. We’ve registered a police complaint against them,” Singh added.

This comes just days after hundreds of dead bodies were found to be floating in Ganga in Uttar Pradesh and Bihar. Scores of dead bodies had to be buries on the banks of river in Allahabad after the global coverage of the news heaped embarrassment on the state’s Yogi Adityanath government.