Actor-turned-politician Shatrughan Sinha on Saturday joined the Congress after severing ties with the BJP. Soon after joining the Congress, Sinha launched a tirade at the BJP and Prime Minister Narendra Modi for lies and deceit. 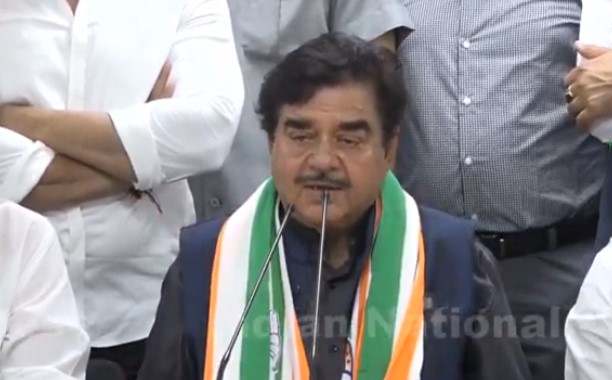 Without naming Modi, Sinha said, “Our mota seth, you who who I mean by mota seth. He’s a kind of a creature that you can make him to promise anything. He is unique. He can promise to build a bridge even where there’s no river.”

Speaking in Bhojpuri, Sinha said, “You tell him that ‘sir there is no river here.’ Modi will come back with sentences like ‘No problem son, take a bridge from me. Rivers may dry up in future but bridges are permanent. Keep this bridge and be a fool’.”

Sinha also targeted Modi and Shah for ill-treating senior BJP leaders such as LK Advani, Murli Manohar Joshi, Sumitra Mahajan and Arun Shourie. He said that the Congress was the only party replete with really talented people.

Sinha has been a fierce critic of Modi and his policies. The BJP had recently denied him a ticket from Patna Sahib, from where he had won decisively in 2014 Lok Sabha polls.

Sinha said that he will contest from Patna Sahib on a Congress ticket in this year’s polls. He said that media personnel were forced to sing BJP’s tune under Modi and Shah.