Hours after UP Congress chief Raj Babbar welcomed Sapna Chaudhary into the Congress family, the famous Haryanvi dancer and singer has issued a firm denial on reports of her joining the party. 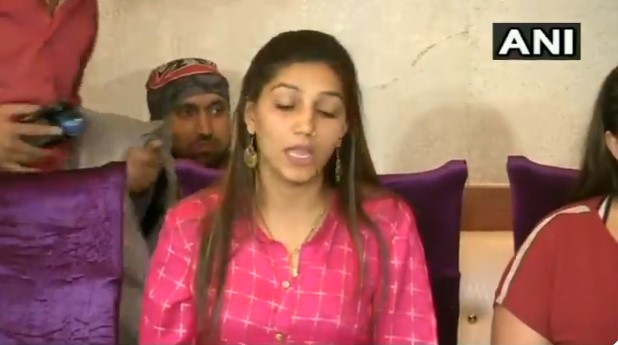 She told reporters, “I have not joined the Congress party.” When reminded that her photo with AICC General Secretary Priyanka Gandhi Vadra was released on Saturday, Sapna shot back saying, “That’s an old photo (Priyanka Gandhi Vadra). If you can bring my old interview, why is it impossible to pass my old photo as new.”

She also said that she will not campaign for any political party in this year’s Lok Sabha polls.

Posting her photo with Priyanka, Raj Babbar had tweeted, “We welcome Sapna Chaudhary in the Congress family.”

Her U-turn has come as a shock to many journalists who had reported on the former Bigg Boss contestant joining the Congress on Saturday. She was also widely being tipped to contest from Mathura against Hema Malini.