The Saharanpur Police in BJP-ruled Uttar Pradesh has said that there was no truth in the reports of people associated with the Tablighi Jamaat demanding non-veg food in quarantine. In an extraordinary development, the police took to Twitter to issue a detailed clarification busting the propaganda against the Tablighi Jamaat and Muslims. 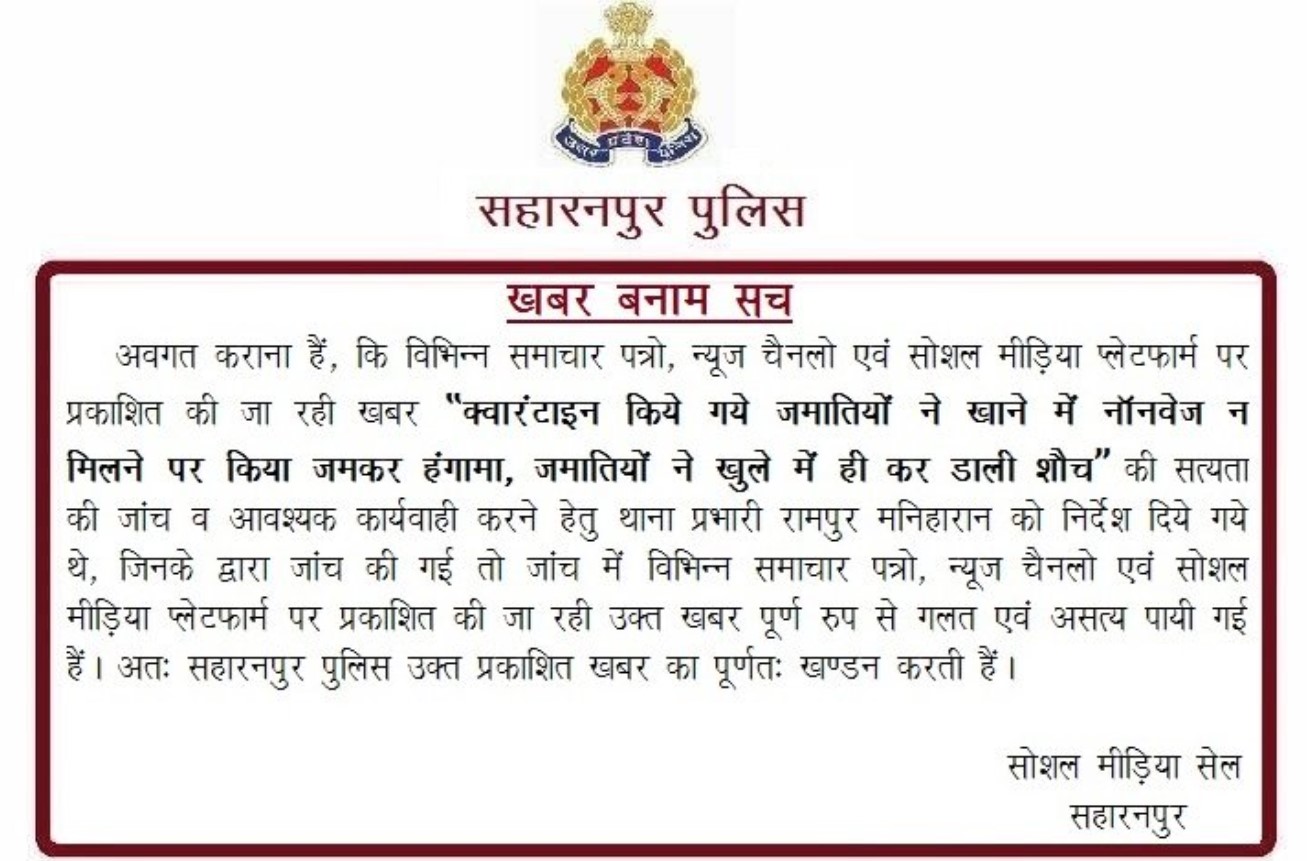 The Saharanpur Police also reacted to one news flash of a little-known Hindi news channel, which made provocative headlines in a bid to malign Jamaatis and the Muslim community.