There are reports of a low-intensity explosion at the Israeli embassy in Delhi on Friday evening, prompting the Delhi Police to deploy a considerably large force. 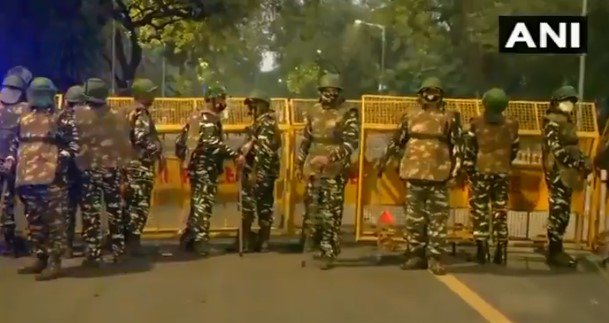 A report by news agency ANI said that the nature of the explosion was being ascertained. The explosion had left some broken glasses at the spot. However, there are no reports of injuries.

“We received a call at around 5:45 pm regarding blast after which we reached the spot. No injuries have been reported in the incident,” Fire Officer Prem Lal was quoted as saying.

#WATCH | Delhi Police team near the Israel Embassy where a low-intensity explosion happened.

Nature of explosion being ascertained. Some broken glasses at the spot. No injuries reported; further investigation underway pic.twitter.com/RphSggzeOa

“A very low-intensity improvised device went off at 5.05 pm near APJ Abdul kalam rd near Jindal house. No injury reported, nor any damage to property witnessed except to window panes of 3 vehiclesy. Initial impressions suggest mischievous attempt to create a sensation,” ANI quoted a statement from the Delhi Police.